Christian Fernsby ▼ | October 14, 2020
Following the signing of the contract with the China Harbour Engineering Company (CHEC) in August, construction works have now officially begun for the Côte d’Ivoire Terminal (CIT), Abidjan’s second container terminal, which is expected to be operational at the end of 2021. 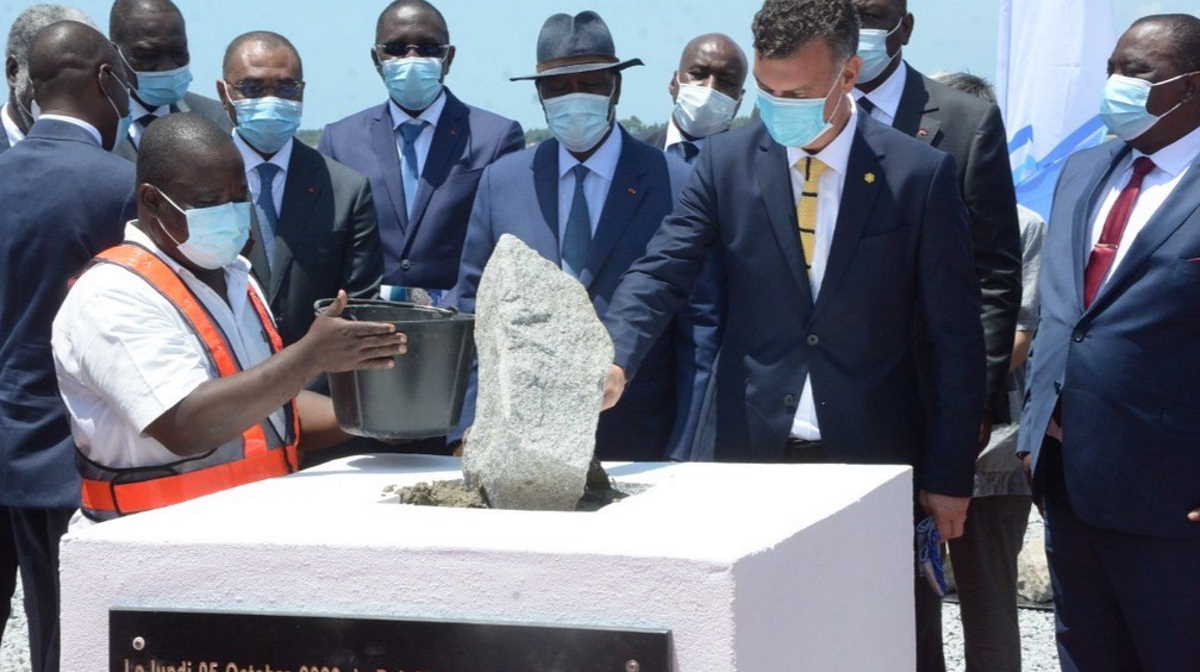 Côte d’Ivoire   Ivory Coast Container Terminal
Located adjacent to the existing Abidjan Terminal and operated in the future by a joint venture between Bolloré Ports and APM Terminals, the new facility will enhance the competitiveness of the port in the Ivoirian capital with the addition of 1.2 million TEU in annual throughput capacity in its first phase of development, which is expected to be finalised by the end of 2021.

The investment comes as a result of continuous stable growth in Côte d'Ivoire, making it an interesting and high-potential market for both imports and exports. In recent years, Côte d'Ivoire has achieved a solid GDP growth rate, averaging more than 5% per annum, which has resulted in significant growth in import and export volumes.

With the additional capacity provided by CIT, the terminal and the Port of Abidjan will not only cater for the needs of the local market, but also serve as a preferred gateway for neighbouring countries, which currently rely on less optimal routes due to capacity restrictions at local gateway terminals – such as Burkina Faso, Mali and Niger.

“Once CIT becomes operational, Abidjan will be the only Port in West Africa capable of handling large vessels of up to 14 000 TEU and will therefore create an attractive value proposition for marine and landside customers, unlocking new opportunities”, comments David Skov, Vice President, Head of Africa and Middle East portfolio at APM Terminals.

Once completed, CIT will have a 1,100-metre quay equipped with STS cranes. The terminal will have a rail yard with two tracks of 300 meters each and offer reefer plugs for up to 1,100 containers.

With the area of 37,5 hectares, CIT will offer greater capacity for handling of goods at the port of Abidjan and improve the flow of the country's imports and exports, while contributing to the development of local communities, not least by generating 450 direct jobs. It will also serve as a lever for the development of agricultural value chains and will notably benefit local cocoa, cashew and mango producers.

Well-connected with the Ivorian capital, the new terminal will be built in compliance with the most stringent environmental and societal standards, and will be labelled "Green Terminal", as the only terminal facility in Sub-Saharan Africa, thanks to the deployment of equipment powered by green energy. ■