Where to find best deal on Thanksgiving Day and Black Friday

Staff writer ▼ | November 24, 2014
In a study of over 5,000 deals for 22 major retailers, Wallethub found that the best deals will be found on Thanksgiving Day, not Black Friday. 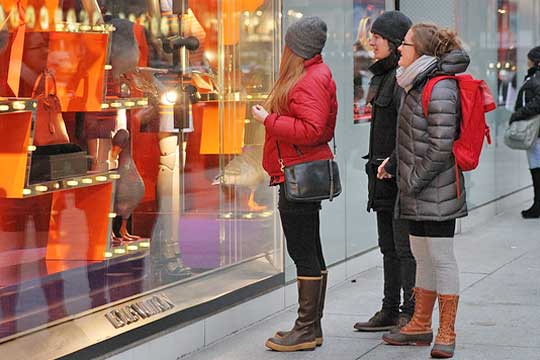 Study   Over 5,000 deals for 22 major retailers
Here are the top five in the most popular gift categories to give consumers an idea where to start.

Speaking about toys, Kohl's and CVS are number one and number two for those looking for deep discounts on toys.

If jewelry is on your list, the best places to get jewelry is at Kohl's or Meijer, where the discounts are more than a staggering 78 percent off for both chains. JC Penney and Macy's are not even close at under 65 percent savings.

If you are looking for phones or computers your first stop should be Office Depot or OfficeMax. The merged chain of office supply stores has the best deals by offering right around 40 percent off these items. And while you may assume Walmart to be number two on this list, it actually ranks fourth behind Staples and Radio Shack.

If you're looking for consumer electronics, Walmart isn't even in the top five. Macy's tops this one with a over 65 percent discount. Staples and Radio Shack have discounts of just above a 40 percent to place in spots two and three on this list.

The bottom five on the list giving the lowest percentage discounts are Walmart, Best Buy, Amazon, Big Lots and Costco. ■

Yili to invest $327 million in dairy industry in New Zealand