Staff writer ▼ | December 18, 2014
In the past 11 months, Vietnam's export revenue from China reached $13.5 billion but the country spent up to $39.9 billion to import all kinds of goods from the Chinese market. 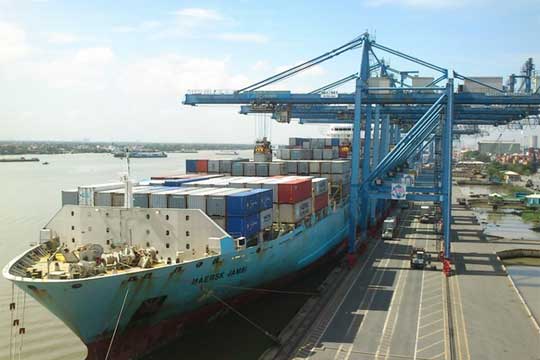 Trade   In the past 11 months
Vietnam's trade deficit from this market during this period rose over 22.1% compared to the same period last year, to $26.4 billion.

According to the Statistics Office, in the January-October period, Vietnamese companies paid $403 million to import seafood, and more than $337 million for fruit and vegetables from China, although Vietnam can produce these products. Some Chinese fruits and vegetables were said to be 'fake', sold as Vietnamese products to reach consumers.

According to economic experts, a large amount of foreign currencies were also spent to import Chinese goods via the border, including smuggled goods. In 2012, Vietnam announced that it would pay $28.8 billion for Chinese goods but the Chinese announced a figure of $34 billion.

The amount of trade between South Korea and Vietnam this year is forecast to top 30 billion won ($27.67 million) to reach an all-time high, data showed, raising anticipation of further expansion once the recently-agreed bilateral free trade pact goes into effect.

Trade volume between the two countries has already reached 25 billion won in the January-October period, according to tallies from the Korea Trade-Investment Promotion Agency (KOTRA) and Korea International Trade Association. For the whole of 2013, the figure came to 28 billion won. ■