Staff writer ▼ | March 12, 2015
The U.S. Census Bureau released a collection of statistics on the wholesale trade sector of the economy. 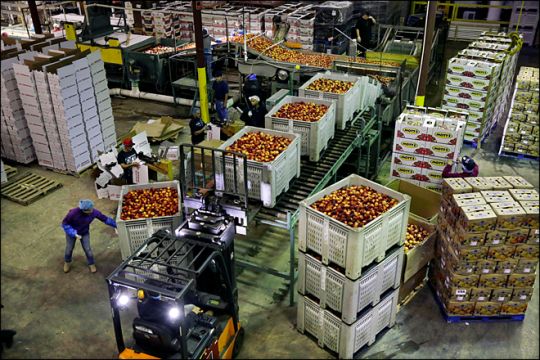 According to estimates from the Annual Wholesale Trade Report, sales increased 3 percent from $7.8 trillion in 2012 to $8 trillion in 2013. This report presents data from merchant wholesalers of durable and nondurable goods, including manufacturers' sales branches and offices, as well as agents and brokers.

Meanwhile, the Annual Wholesale Trade Report shows estimated sales for this industry totaled $148.7 billion in 2013, up 10.6 percent from 2012.

Merchant wholesale manufacturers' sales branches and offices for apparel, piece goods, and notions (NAICS 4243) experienced a 56.3 percent decline in sales over the 2007-2012 period, from $8.5 billion to $3.7 billion, according to the Economic Census.

The first state and local level 2012 Economic Census data for wholesale trade were recently released. They show that automobile and other motor vehicle merchant wholesalers (NAICS 423110) had the sector's highest sales in 2012 in Colorado at $18.4 billion.

By comparison, this industry was the fourth largest in the sector nationally, in terms of sales. The largest was petroleum bulk stations and terminals (NAICS 42471) at $876.5 billion.