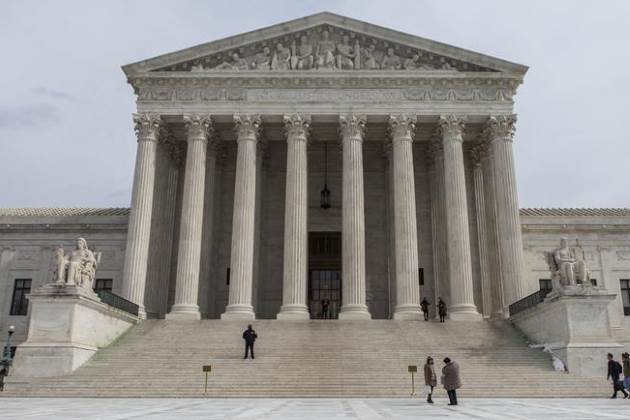 South Dakota, who brought the challenge to the Supreme Court, passed a law in 2016 that required out-of-state online retailers that make more than $100,000 in sales or 200 transactions annually in that state to pay 4.5 percent tax.

"The physical presence rule has long been criticized as giving out-of-state sellers an advantage. Each year, it becomes further removed from economic reality and results in significant revenue losses to the States," Justice Anthony M. Kennedy wrote in the majority decision.

Retailers like Walmart and Target collect sales tax from customers who buy online since they have a physical store in the state the online purchase is made.

Amazon also collect taxes from online sales if the state the shipment is made to collects sales tax. However, third party sellers who use Amazon to sell their goods were not required to pay sales taxes for their online transactions until now.

And eBay, in which sellers frequently make interstate transactions, saw its shares decline as much as 2.4 percent. ■

Koko the gorilla who mastered sign language dies at 46