U.S. proved oil reserves at the highest level since 1975

Staff writer ▼ | December 5, 2014
U.S. proven reserves of crude oil and condensate increased for a fifth consecutive year in 2013, hitting their highest level since 1975, according to a new federal report. 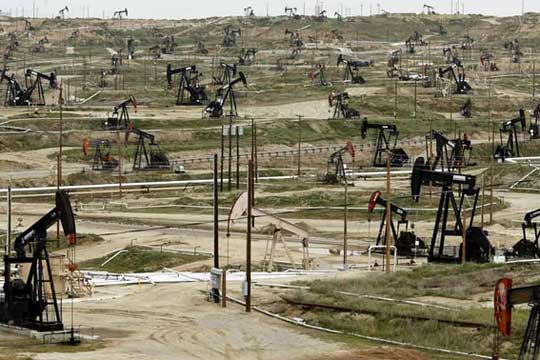 Federal report   More than 36 billion barrels
In 2013, U.S. crude oil and lease condensate proved reserves jumped to 36.5 billion barrels, a 9.3 percent increase from the previous year, the Energy Information Administration (EIA), the statistical arm of the U.S. Energy Department, said in the report.

Texas, North Dakota and the Gulf of Mexico are the top three places where new discoveries were made. And much of the new oil was found in unconventional shale plays that often require hydraulic fracturing to produce commercially.

As with oil, the majority of new natural gas reserves came from extensions to existing fields. The EIA estimated that those discoveries accounted for 51.1 trillion cubic feet (1.44 trillion cubic meters) of new proven reserves, or about 96 percent of new discoveries.

Proved reserves are estimated volumes of hydrocarbon resources that analysis of geologic and engineering data demonstrates with reasonable certainty are recoverable under existing economic and operating conditions.

Reserves estimates change from year to year as new discoveries are made. Existing fields are more thoroughly appraised and existing reserves are produced, while prices and technologies change. ■

Sunseeker Winning Streak refitted and ready for you