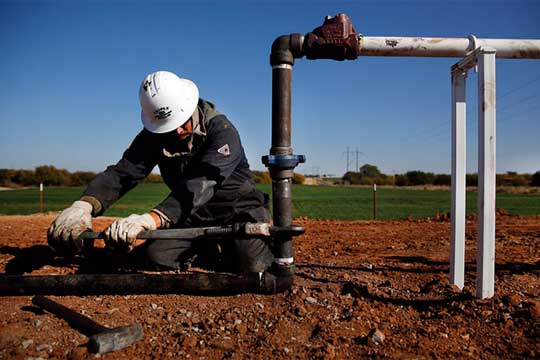 Most of the increase during 2014 came from tight oil plays in North Dakota, Texas and New Mexico where hydraulic fracturing and horizontal drilling were used to produce oil from shale formations, the agency added.

Oil prices have fallen about 50 percent since mid-2014 and are currently trading at around $50 per barrel. That "has slowed production in marginal drilling areas and focused investment in the more developed areas of tight oil plays," the agency said.

The EIA expects U.S. oil production to continue rising in 2015 and 2016, but the growth is not expected to be as strong as last year. "Annual crude oil production is expected to grow at a slower rate, 8.1 percent this year and 1.5 percent next year," the EIA said. ■