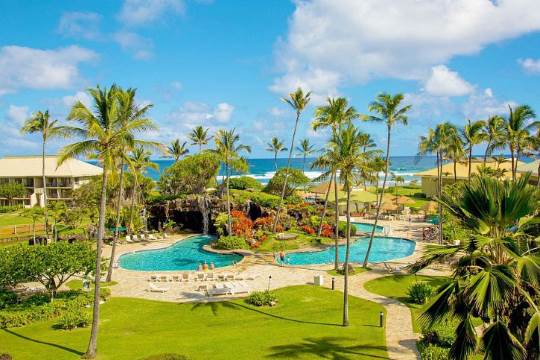 Hospitality   Hotel Operating Statistics
The total revenue figure and a total industrywide house profit of $77 billion were each all-time highs for the industry.

STR analyzed same-store growth rates for the more than 5,200 U.S. hotels that participated in the HOST program in both 2017 and 2016. Among those hotels, gross operating profits (GOP) increased 1.0% on 1.9% total revenue growth.

Among the class segments, Luxury hotels achieved the greatest profit increase (+3.1%), while Upscale (-0.3%) and Upper Midscale (-0.3%) each reported a profit decline.

For the fourth year in a row, miscellaneous income led all revenue departments with 8.8% growth. According to Rael, this demonstrates the recent industrywide emphasis on fee-based income.

Also in 2017, franchise fees, management fees and property taxes represented some of the largest expense increases, with all three above +4.0%.

Utility expenses increased 1.3% after two consecutive years of declines. Total labor costs grew 3.2%, which was below the 4.0% growth levels of 2016 and 2015, but higher than revenue growth for the second straight year.

New to this year’s HOST program, STR developed a model for industry profitability that covered all U.S. hotels. This provided estimated industrywide departmental revenues and expenses as well as individual segments and markets.

Based on the model, STR estimated total U.S. F&B revenues of $38 billion, other department revenues of $7 billion and miscellaneous income of $6 billion.

Las Vegas led all markets with more than $13 billion in total revenue (excluding gaming), while New York City ranked second at $11 billion. Los Angeles, Washington, D.C. and Orlando rounded out the top five with total revenue all in excess of $6 billion. ■

Greece faces more strikes on May 30