Staff writer ▼ | March 10, 2015
The Congressional Budget Office (CBO) revised upwardly its forecast for U.S. federal budget deficit in 2015 fiscal year, but the forecast for long-term deficits was lowered, compared with its January forecasts. 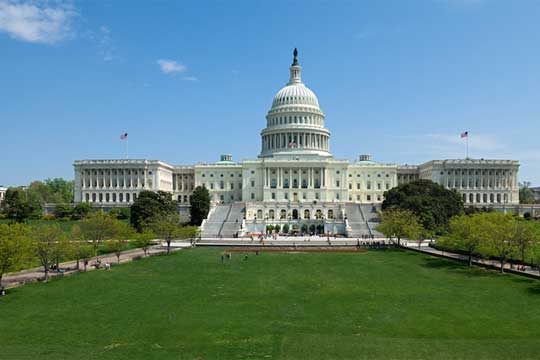 United States   The Congressional Budget Office:
The U.S. budget deficit in 2015 fiscal year, which runs from Oct. 1, 2014 to Sept. 30, 2015, will total $486 billion U.S., slightly higher than the CBO's forecast of $468 billion in January. The upward revision reflected the increased estimated outlays for student loans, Medicare and Medicaid, said the CBO.

The deficit to GDP (gross domestic product) ratio for 2015 will be 2.7 percent, slightly higher than its January forecast of 2.6 percent.

However, thanks to the expectations of lower health insurance spending and increased revenues from income and payroll taxes, the CBO lowered the projected deficits for the 2016-2025 period by 431 billion from its January forecast to a total of $7.2 trillion.

The CBO expected the federal debt held by the public would amount to around 73 percent of GDP over the next several years, more than twice what it was at the end of 2007. The non-partisan agency warned such high and rising debt would have serious negative consequences for the country, such as higher spending costs and rising fiscal risk. ■

Novadaq adds Patrice E. Merrin to its board of directors