Staff writer ▼ | March 18, 2015
The ban on US crude oil exports is exacerbating the challenges of lower oil prices for US tight oil production. 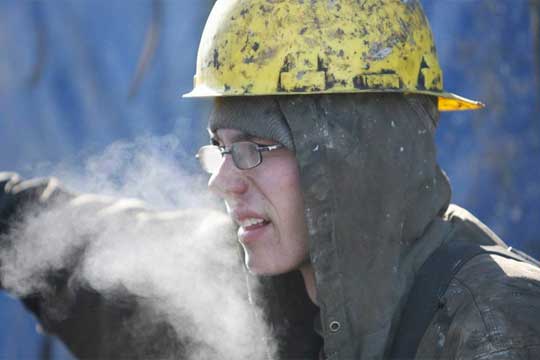 IHS   IHS study provides further insight regarding US crude oil export ban
This is creating a "doubly chilling effect" on additional investment, jobs and oil production that would actually lower gasoline prices if the ban were lifted.

The study by IHS "Unleashing the Supply Chain: Assessing the Economic Impact of a US Crude Oil Free Trade Policy" builds on previous IHS research on the economic impacts related to the 1970s-era ban on exports of US crude. According to the study, substantial economic benefits of developing the nation’s oil and gas resources extend beyond the oil producing regions throughout an extensive supply chain that includes every state.

Previous IHS research found that removing export restrictions would result in significant benefits in terms of jobs, US GDP, household disposable income and government revenues. The research also determined that lifting the ban on exports would actually lower gasoline prices since US gasoline is part of a global market, and the current crude export ban prevents additional supplies of crude from being produced.

The new study finds that the negative effects of the ban—which creates a supply gridlock that forces US light crude to be sold at a sharp discount since production of that type of crude has outpaced domestic capacity to refine it—are amplified in the current price environment.

During periods of lower oil prices, crude oil production drops even more sharply with each incremental price cut such as those that result from the crude export ban. A US$3/bbl change in a $50/bbl price environment can have the same effect as a $10 change in a $100/bbl environment, the study finds.

The export ban—which keeps domestic crude from trading on the global market—causes US crude prices to be discounted versus international crude. The study notes that the difference in price between international and domestic crude recently widened, ranging from $7 to $12/bbl over the past month.

Unleashing the Supply Chain focuses on the impact of upstream expenditures from lifting the crude oil export ban on the diverse set of industry sectors that support oil and gas producers—from steel and nonferrous metals to engines, pumping equipment, construction, professional services and railroads.

This new study affirmed previous IHS research that ending the crude oil export ban would benefit the entire economy, generating another 394,000 jobs annually, $238 in annual household disposable income, and $86 billion more per year in GDP on average from 2016-2030.

The increased economic activity would add $1.3 trillion to cumulative government revenues during that period. Additionally, the increased supply of oil on the global market would lower US gasoline prices by an average of $0.08/gal. ■