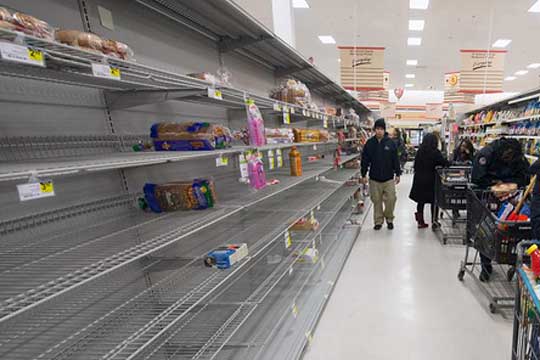 Study   Thomson Reuters/University of Michigan
The preliminary reading of the consumer sentiment in February, which records the figure for the first half of a month, edged down to 93.6 from 98.1 in January.

"Consumer optimism slipped in early February due to renewed concerns over employment and wage growth as well as a diminished outlook for the domestic economy," survey director Richard Curtin said in a statement.

The index of current conditions, reflecting Americans' perceptions of their financial situation and whether they consider it a good time to buy big-ticket items like cars, fell to 103.1 from 109.3 last month.

The sub-index gauging consumer expectations for six months from now, which more closely projects the direction of consumer spending, decreased to 87.5 from 91 in January.

"Although confidence reversed the January gain, returning to the December level, the sentiment index was still higher than any other time since January 2007," said Curtin.

U.S. economy added more jobs than expected in January, and the unemployment rate was little changed at 5.7 percent, indicating the job market is on the pipeline of steady recovery, the Department of Labor said earlier this month. ■