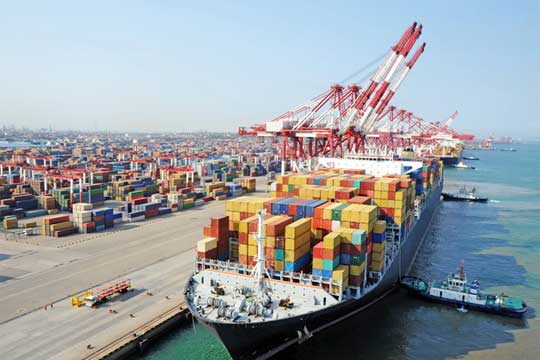 In April 2014 Lord Livingston wrote to every medium sized business in the country offering them tailored trade advice and an intensive programme of support from UKTI to help them start exporting or break into new markets.

Medium sized businesses are vital to the government’s long-term economic plan to reduce the deficit and create more jobs. The CBI estimates that if they reach their full potential, it would be worth ?20 to ?50 billion to the UK economy.

However only 17% of UK medium sized businesses generate revenues outside of the EU compared to 25% in Germany and 30% in Italy.

On Monday Export Week starts with events across the country.150 UKTI trade advisors from embassies around the world are in the UK to provide expert advice to both small and medium companies.

Last month (October 2014) UKTI announced that it had increased the number of businesses it supported by 50% to almost 48,000 businesses in 2013 to 2014. The vast majority of these firms were small businesses.

"I would like to see British firms exporting just as much as companies from Italy and Germany so I am hugely encouraged by the ambition of our newly recruited firms. By the end of this year I want to treble the numbers receiving support so that we can overhaul our international rivals.

Companies do better with UKTI support, receiving advice on over 100 markets around the world, introductions to new distributors, access to finance, help to sell online and much more." ■