UK auto market had the best year since 2007

Staff writer ▼ | January 7, 2014
The U.K. Society of Motor Manufacturers and Traders (SMMT) said that wWith its best year since a pre-recession 2007, the UK new car market has helped stimulate the country's economic recovery. 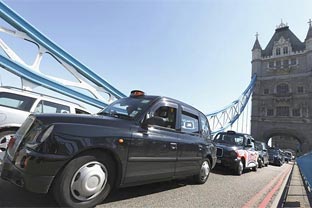 The U.K. Society of Motor Manufacturers and Traders (SMMT) said that wWith its best year since a pre-recession 2007, the UK new car market has helped stimulate the country's economic recovery.


"While the European market is only now showing signs of improvement, the UK has consistently outperformed the rest of Europe with 22 consecutive months of growth. The 10.8% increase in 2013 reflects the attractive financial offers available as well as increased demand for more technologically advanced new cars. We expect new car registrations to remain stable in 2014 as customers return to a more regular replacement cycle," said Mike Hawes, SMMT chief executive.

SMMT said that 2,264,737 cars registered in 2013, up 10.8% on 2012 and exceeding SMMT's 2.25 million forecast for the year; 2013 hits highest annual registration total since 2007 as December achieves 22nd consecutive monthly rise; on average, an additional 600 extra cars registered per day in 2013 than in the previous year; UK firmly secured as Europe's second largest car market and only one to grow consistently throughout 2013; 2014 market expected to stabilise with sustainable growth of around 1% over the year.

Since 2008, the UK market has seen a shift away from the Upper Medium segment towards smaller cars in the Mini and Supermini segments, as well as the MPV and Dual Purpose segments. Change in buying patterns has been driven by the demand for smaller, more fuel efficient models, as well as the greater versatility provided by Dual Purpose and MPV segments.

Dual Purpose sales overtook Upper Medium volumes in 2013 to become the third largest segment. The Supermini segment remains the largest by volume, with a market share in 2013 of 35.9%. ■