UAE not hit by oil prices

Staff writer ▼ | November 13, 2014
The economy minister of the United Arab Emirates declined that oil prices could have any impact on the country, maintaining the economy is likely to expand between 4% and 4.5% next year. 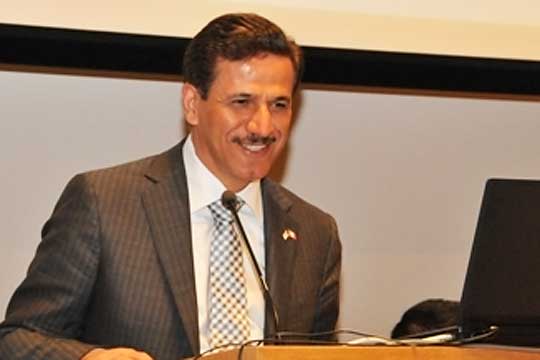 Wise steps   Oil revenues 30% of UAE GDP
"I am not concerned about the U.A.E. at this time at this level of prices and I feel that the U.A.E. has taken some very wise steps over the years to address situations like this," economy minister Sultan bin Saeed Al Mansouri said.

Mr. Mansouri said his country's reliance on oil revenues has lessened in recent decades and currently only accounts for around 30% of the UAE's gross domestic product. In addition, the country possesses sufficient reserves and global investments by its sovereign wealth funds have added non-oil sources of income, he added.

The economy minister said a gradual recovery of the global economy is likely to boost oil prices again, possibly to above $100 a barrel. An economic upswing in China, the U.S. and Europe are likely to trigger that price increase, he said. Standard & Poor's rating company recently said it expects Brent crude oil to stay at $85 per barrel for 2014 and $90 per barrel for 2015 and beyond. ■

Reforms to save North Carolina employers over $180 million

REE to connect Mallorca and Ibiza