Staff writer ▼ | February 3, 2014
Business volume between Italy and the U.S. is worth 28 billion euros a year, or 2% of Italian GDP, according to the Tuscany chapter of Unioncamere chambers of commerce federation. 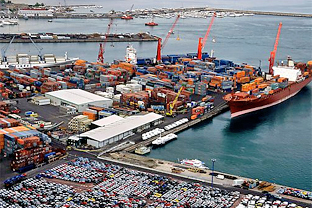 Business volume between Italy and the U.S. is worth 28 billion euros a year, or 2% of Italian GDP, according to the Tuscany chapter of Unioncamere chambers of commerce federation.

After the UK, the Bel Paese is the second most-requested destination by American students wishing to study abroad, while tour operators reported it is their clients' most-wanted destination. The cultural and artistic treasures of Florence, Rome, and Venice are the biggest tourist draws, the report showed.

Together, these cities attract three million visitors a year, equal to 72% of total American arrivals. Another 7.5% choose the Campania region, which includes the treasures of Naples, Pompeii and islands such as Capri.

This translates into more than eight million overnight stays, with tourists spending an estimated 600 million euros a year in the Lazio region around Rome, 300 million euros in Tuscany, and 200 million euros in the Veneto region. Lazio and Tuscany are the top magnets for American humanities students, with 80% of them choosing those two regions to study in US or public Italian universities.

While study abroad programs last an average of a month and a half, the students end up spending more than 19 million euros a year in Lazio and almost 14 million euros annually in Tuscany.

The U.S. is also Italy's prime non-EU business partner, with 23% of American entrepreneurs choosing the northern Lombardy region as their place of business, on bilateral trade volume of 6.5 billion euros. The next preferences are the north-central Emilia-Romagna region (four billion euros a year) and the northern Veneto region (3.3 billion euros a year). U.S. investors also choose Lazio (14%), Sicily (11.5%), and Campania and Tuscany (9%). ■

Utrecht, a city to explore

JD.com to raise $1.5 billion in the largest chinese internet IPO