Staff writer ▼ | April 1, 2015
The Metro Vancouver proposal to raise taxes for transit expansion all but ignores the rapid technological changes affecting the future of transportation, according to the Fraser Institute. 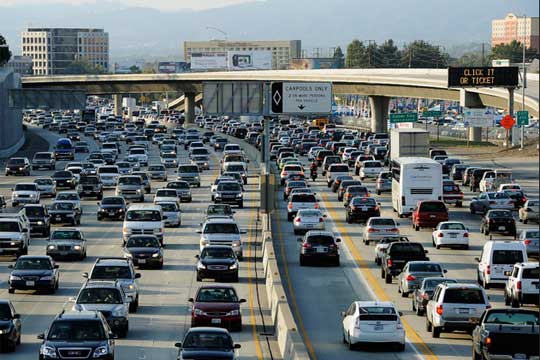 "Metro Vancouver's transit plan has a significant blind spot in that it fails to account for the technological advances in personal transportation. And that raises numerous questions about long-term viability of building fixed point-to-point transit systems," said Kenneth Green, senior director of the Fraser Institute's Centre for Natural Resources and author of Metro Vancouver's Transit Plan: Static Thinking in a Dynamic World.

For example, privately owned bus lines are moving people between cities inexpensively and with amenities unavailable in government-run buses.

Car-sharing services (Car2Go, for example) offer individualized door-to-door options for non-car owners who, in the past, relied mainly on mass transit. And car-service networks like Uber and Lyft are on the rise.

Consider this. These burgeoning transportation services aren't bound by licensing restrictions or routes; they can adapt to population growth, shifts in employment distribution among cities and towns, and other factors.

They will likely save commuters time. According to Statistics Canada, in 2010, automobile commuters spent an average of 24 minutes getting to work compared to 44 minutes for transit users.

And money. Prices for these new services are often determined on a trip-by-trip basis. Uber's lowest-cost service is 30 per cent less expensive than taxi service.

"The transportation system of tomorrow will be a dynamic, personalized and person-to-person system that will achieve many of the goals espoused by today's supporters of expanded mass transit, and perhaps with less cost and less public subsidy," Green said.

"Other cities in Canada are waiting to see what happens in Vancouver. The results of the transit tax plebiscite may have far-reaching consequences for generations across the country." ■