Top 5 cities with the happiest workers

Staff writer ▼ | June 16, 2014
A new survey by Glassdoor gleaned from the reviews of more than 500,000 workers in the 50 largest metro areas across the U.S. gave the answer which U.S. cities are best for workers. 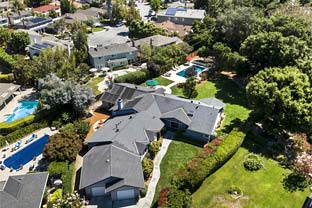 A new survey by Glassdoor gleaned from the reviews of more than 500,000 workers in the 50 largest metro areas across the U.S. gave the answer which U.S. cities are best for workers.

"San Jose is recognized as a global technology hub," said says Scott Dobroski, career trends analyst at Glassdoor. Google, Stanford University, and eBaywere among the highest rated companies in that city. One employee in Mountain View, Ca. told Glassdoor, "Google has done an amazing job to create a community of ranging diversity with similar goals." Of course, it also serves its staff gourmet food and offers free transportation.

Property investors have noticed the growing wealth: San Jose is one of the top five markets for house-flipping, according to real estate data company CoreLogic.

This is another city surrounded by lots of big technology companies, including Facebook and Dropbox. "The work is challenging and interesting," a Dropbox software engineer wrote in a review on Glassdoor’s online "Report Card." He said every perk one might expect to see at a stereotypical Bay Area startup is available there, including a gym, masseuse, three five-star meals a day and a busy social calendar.

Employees here left reviews for Glassdoor from George Mason University, the National Institutes of Health, financial advisory firm Motley Fool and National Public Radio, among others. "Employees in D.C. highly rated the city’s government agencies and education institutions," said Mr. Dobroski. And while management might be tempted to leave a positive review for their company and skew the results, Dobroski says he didn’t include metro areas with fewer than 700 reviews.

Another curious fact about D.C.: There are almost four women for every three men, according real estate website Trulia; good for single men — if not single women.

While Norfolk, Va., might seem like an unusual city to make the top five, Glassdoor received hundreds of responses from U.S. Navy and Air Force staff. "There’s a strong military presence there," said Mr. Dobroski. "And while many parts of the country have a military presence, they really do appear to be satisfied in their jobs."

Though many military personnel have trouble adjusting to corporate life, according to recent research from the National Foundation for Credit Counseling and Pioneer Services, a division of MidCountry Bank in Bloomington, Minn., one U.S. Navy officer told Glassdoor’s survey: "Skills are easily transferred to private sector."

While the University of Utah and Intermountain Healthcare were rated highly by employees here, the Glassdoor report also credited an influx of technology companies like eBay, computer software company Adobe Systems and computer hardware and software company Fusion-io.

"Silicon Valley-based companies are opening up offices there and hiring very aggressively in the Salt Lake City area," said Mr. Dobroski. "Employees have a great work-life balance there, and talk about working hard during their day and getting out of work at a reasonable hour and able to enjoy the great outdoors." ■

Egypt plans to launch commodities exchange within a year
Russia opens gas link to Europe
Funding for new Tajikistan road links, ADB will provide $110 million
CES insanity on another level, from wearables guiding you to bathroom to sex toys