The Netherlands haven for companies that violate human rights

Staff writer ▼ | July 24, 2013
The Netherlands is host to companies that are involved in human rights violations all over the world, according to a new research by The Research Centre on Multinational Corporations (SOMO). 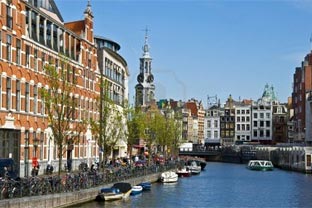 The Netherlands is host to companies that are involved in human rights violations all over the world, according to a new research by The Research Centre on Multinational Corporations (SOMO).


The research by SOMO focused on the relationship between Dutch tax and investment policy attracting international businesses to the Netherlands, and human rights.

Whilst the Dutch government, in its recently published policy statement on corporate social responsibility (CSR), states that CSR is no longer non-committal, it fails to introduce effective measures.

The voluntary nature of CSR and "the importance of corporate self-regulation"is emphasised not only in the government's new CSR strategy, but also in a human rights policy note published in June 2013 entitled "Respect and Rights for every human being". In light of the research findings presented in the SOMO-report, this is an outdated and clearly insufficient approach.

Almost all big multinational corporations (MNC) in the extractive industry have incorporated subsidiaries in the Netherlands, largely motivated by tax benefits. SOMO has researched eight of these "Dutch" companies, which are all associated with serious human rights violations abroad, said SOMO. These violations range from environmental pollution seriously damaging the health of local populations to militia violence, murder and displacement.

The SOMO-report concludes that despite international human rights obligations, the Dutch government fails and shows no political will to effectively regulate international businesses incorporated in its jurisdiction. Corporations that are found to violate human rights abroad should not enjoy Dutch fiscal and investment benefits, said SOMO. ■