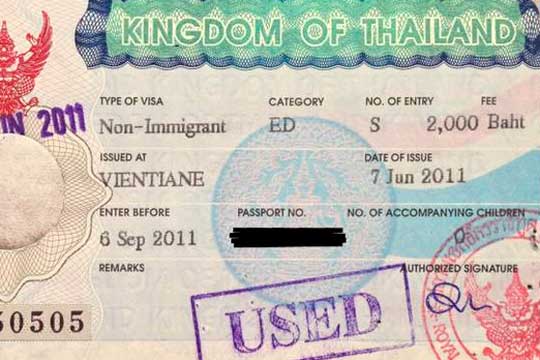 Identification   Sumet Mahosot told the Bangkok Post:
Sumet Mahosot, director-general of the department of employment, told the Bangkok Post that 55 service centers across the country had registered a total of 1.42 million migrants from Cambodia, Myanmar and Laos, along with 87,000 family members. He estimated that the final figure would reach 1.6 million, although Friday was the last day for the registration process.

In June, tens of thousands of Cambodians fled back to their country across the border after the Thai junta said in a surprise announcement that it would arrest and deport all irregular foreign workers.

Taken aback by the massive exodus, junta chief General Prayuth Chan-ocha said that Thailand "still needed unskilled workers" and that the objective of the authorities was to regularize all migrant workers in order to better protect their rights.

After a few weeks, Cambodian migrant workers began to stream back into Thailand to get registered at the newly opened service centers, a simple process involving the taking of a photograph and the filling in of a form.

With the registration now closed, neighboring countries will have to cooperate with the Thai government for a national identification process of the workers, which will take place November 3 - March 31. ■