Staff writer ▼ | April 4, 2014
The State of Texas produced almost 35 percent of the country's crude oil in 2013, according to the latest figures from the U.S. Energy Information Administration (EIA). 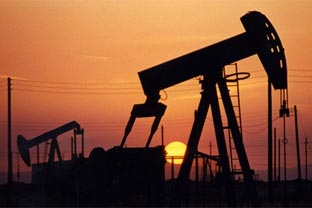 The State of Texas produced almost 35 percent of the country's crude oil in 2013, according to the latest figures from the U.S. Energy Information Administration (EIA).


As the largest oil producer, the Lone Star state pumped three times more than any other state last year, EIA said in a report released on its website.

North Dakota came second with 12 percent of U.S.crude oil production, followed by California and Alaska at close to 7 percent each and Oklahoma at 4 percent. The federal offshore Gulf of Mexico produced 17 percent.

U.S. crude oil production boomed in 2013, growing by 15 percent to 7.4 million barrels per day, according to EIA. Both Texas and North Dakota saw their own oil production rise by 29 percent last year from 2012 levels.

"Production gains in both states came largely from shale, especially the Eagle Ford in Texas and the Bakken in North Dakota. During the last three years, North Dakota's crude oil output has increased 177 percent and Texas's output 119 percent,the fastest in the nation," the report said.

In addition to Texas and North Dakota, three other states logged gains of at least 20 percent over the past three years: Colorado, Oklahoma and New Mexico. All three states have benefited from shale oil.

Crude oil is produced in 31 U.S. states and two offshore federal regions -- the Gulf of Mexico and the Pacific Coast. Of those 33 areas, 10 supply more than 90 percent of U.S.output. ■