Tax gas in California to hit tens of thousands of jobs

Staff writer ▼ | September 18, 2014
The "hidden gas tax" scheduled to hit California drivers on January 1, 2015 will result in a net reduction of nearly $3 billion in economic output and 18,000 jobs in the first year alone, according to the California Drivers Alliance. 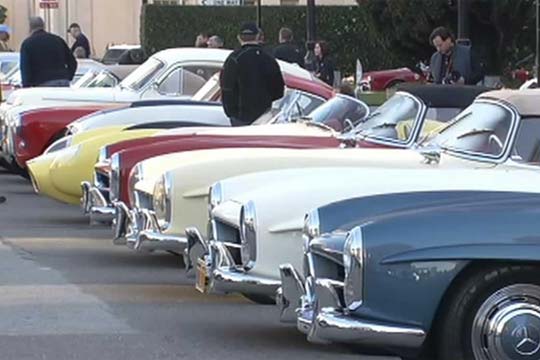 Very bad news   The California Drivers Alliance
According to the analysis, conducted by Dr. Justin L. Adams of Encina Advisors, there is also a nearly one-in-five chance that allowance prices in California's cap-and-trade system could be 300 percent higher than expected, meaning economic losses could skyrocket to $10.8 billion and 66,000 jobs in 2015.

"The consensus among economists is that the costs to purchase emission allowances for gasoline and diesel starting next year will have a significant impact on consumers at the pump," said Dr. Adams.

"As a result, placing fuels under the cap-and-trade system places an additional burden on California households, lowering their income and resulting in reduced economic activity and widespread job losses. The only question is how high will the allowance prices be next year and beyond."

Figures from the U.S. Bureau of Labor Statistics show that families making less than $40,000 per year spend up to 38 percent more of their income on gasoline compared to families making $70,000 or more annually. According to the analysis, low-income Californians would be hit doubly hard by the "hidden gas tax" because many of these individuals work in the service industries where job losses will be most severe.

ob losses would be widespread across multiple service industries that are dependent on consumer spending, but losses would be greatest for food and beverage services, health service practitioners, and retail establishments and their suppliers.

"Policymakers should be deeply concerned that this program will put thousands of Californians out of work, many of whom live paycheck-to-paycheck."

The analysis also found that the net job losses will be greatest in 2015 because spending by the State of California will not generate activity sufficient to offset the economic losses.

The study found that three-quarters of state spending proposed for billions of dollars that will be generated by bringing fuels under the cap-and-trade system will result in little or delayed economic activity, including spending on high speed rail, affordable housing and sustainable communities, low carbon transportation and transit and intercity rail.

"Consumers, small businesses and California's economy are not prepared for this hit and they are unlikely to see any benefit from government spending of this hidden gas tax," said John Kabateck, executive director of NFIB/California.

"Unemployment remains high in many parts of California, especially rural counties where commutes are longer and there are limited public transportation options. This program needs to be delayed so the public can be informed and we can determine how consumers and jobs can be protected."

"The California Air Resources Board is advancing this vast expansion of cap-and-trade with no regard to its impact to our economy," said Ruben Gonzalez, senior vice president for public policy and political affairs for the Los Angeles Area Chamber of Commerce.

"We have time for an honest, public discussion about how best to balance the state's environmental and economic interests." ■