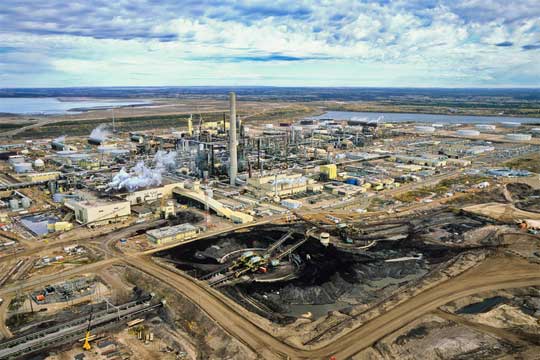 The increased transport of tar sands by rail, pipeline, barge, and ocean tankers will threaten the water and air quality of hundreds of communities, heighten the risk of tar sands oil spills and explosions, and reverse decades of public health, energy, and climate successes from California to British Columbia.

"The West Coast is about to fall victim to a tar sands invasion, unless our leaders choose to protect the health and safety of our communities and say no to Big Oil," said Anthony Swift, Deputy-Director of NRDC's Canada Project.

"New tar sands proposals on the West Coast would increase the region's carbon emissions and create more than two and a half times the carbon emissions of San Francisco. At a time when the nation is moving toward a clean energy future, there is no reason to welcome the dirtiest oil on the planet into our communities."

The report finds that new oil industry proposals would result in the following:

A greater than tenfold increase the amount of tar sands moving into and through the North American west coast by more than 1.7 million barrels per day

Increase the region's carbon pollution by up to 26 million metric tons – the equivalent of adding 5.5 million cars to the road

Increase tanker and barge traffic twenty-five fold, from 80 to over 2,000 vessels along the Pacific west coast, on the Salish Sea, and down the Columbia River

Place hundreds of communities, critical waterways and other environmentally-sensitive areas at risk of a tar sands oil spill

Put fenceline communities and millions of West Coast residents at greater risk than ever to increased toxic air pollution, derailments, explosions, and other accidents that harm public health along with air and water quality. ■

Russia fights back against EU sanctions

Ontario investing up to $25 million to help start-ups