Sweden 'worst in Nordics' for start-ups

Staff writer ▼ | March 14, 2014
Sweden was the worst among its Nordic neighbors at helping entrepreneurs set up new companies, the World Bank has warned. 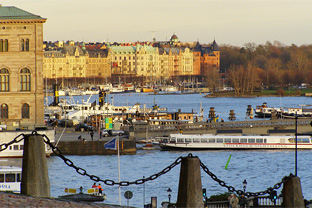 Sweden was the worst among its Nordic neighbors at helping entrepreneurs set up new companies, the World Bank has warned.


The World Bank looked at how easy it was to set up a new company in countries worldwide and the results were bad news for Sweden. In three years, Sweden fell from 22nd to 61st place in the ranking. It also earned the lowest spot on the list of all Nordic countries.

"It hasn't become more complicated in Sweden, but other countries have simplified (the process)," World Bank global indicators head Augosto Lopez Claros said at a business seminar in Stockholm on Tuesday.

The World Bank said setting up was too slow and too costly for start-ups based in Sweden, despite the government's decision to cut the requirement for start-up capital to 50,000 kronor ($7,800) from 100,000 kronor four years ago.

Lopez Claros noted that some countries have done away with the minimum capital requirement altogether.

He also suggested that Sweden's tax system - including VAT, property and environmental taxes - could be reformed to allow other tax reductions that were beneficial to new companies and the industrial climate at large. ■