Staff Writer | July 31, 2017
Sri Lanka government signed a long-delayed agreement to sell a 70% stake in a $1.5-billion port to China in a bid to recover from the heavy burden of repaying a Chinese loan obtained to build the facility, report local media. 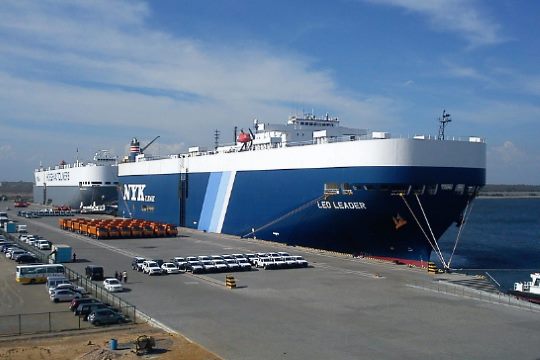 Shipping   A 99-year lease
After 10 years of negotiations, China Merchants Port Holdings has signed the agreement with the Sri Lanka Ports Authority to develop the Hambantota Port in southern Sri Lanka.

According to the agreement, the Chinese firm will run the workings of the newly constructed port over a 99-year lease.

The Port of Hambantota is located on the Southern coast of Sri Lanka occupying a prime location within 10 nautical miles to the main shipping route from Asia to Europe and is also in a strategic position along the “Silk Road Economic Belt and the 21st Century Maritime Silk Road”.

Minister Mangala Samaraweera said that in addition to the US$ 1.12 billion further 600 million US dollars will be spent to modernize the Hambantota harbor considered as the largest swimming pool of the world.

Hu Jianhua, the executive vice-president of the China Merchants Port said the port facilities belong to the citizens of Sri Lanka but will be a key part of China's massive One Belt One Road initiative to build trade and transport links across Asia and beyond. ■