Staff writer ▼ | March 26, 2015
Spending on government worker wages and benefits in Ontario has increased substantially since 2005/2006, hindering the province's ability to balance its books, finds a study by the Fraser Institute. 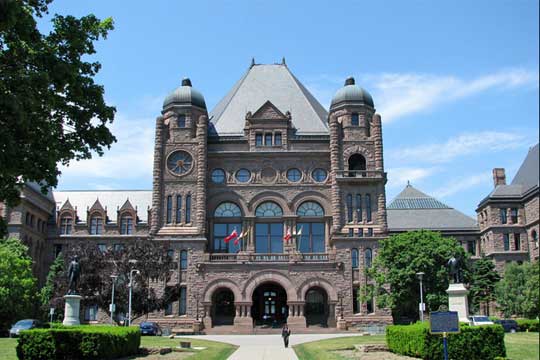 Fraser Institute   Compensation spending increased by 47.1 percent
"As the Ontario government prepares to table its budget with yet another deficit, now is a critical time to scrutinize all forms of government spending, and especially compensation spending, which has grown at a significant rate," said Charles Lammam, director of fiscal studies at the Fraser Institute and co-author of How Compensation Spending Consumes Provincial Government Resources in Ontario.

The study calculates that between 2005/2006 and 2013/2014 (the latest year of available data), compensation spending by the Ontario government - including wages, benefits, and pensions - increased by 47.1 percent, faster than all other program spending (38.8 percent) and well beyond the combined rate of inflation and provincial government job growth (26.0 percent).

"Ontarians should ask themselves if the jump in compensation spending for provincial government employees has translated into more or better services for their families," Lammam said.

Had compensation spending's share of total program spending been restricted to the 2009/10 level, the province would have saved $14.7 billion over a five-year period and sliced $4.4 billion from the 2013/14 budget deficit.