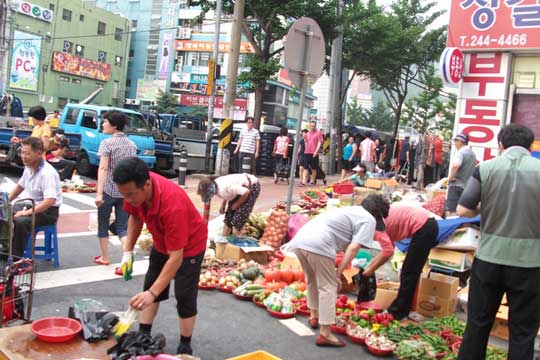 Could have been better   Overseas markets
According to the data provided by Statistics Korea and the commerce ministry, South Korea's exports to Japan came to $24.44 billion during the January-September period, which accounted for 5.7 percent of the country's total overseas shipments.

It was the lowest proportion since 1966 when the government started to compile related data. The figure was 36.8 percent in 1973 when the two neighbors had close economic ties.

During the same period, exports to China made up 24.9 percent of the total, while those to the U.S. stood at 12 percent.

South Korea's imports from Japan, meanwhile, came to $40.33 billion during the cited period, which was 10.2 percent of the country's total imports. This proportion was also the lowest since 1966.

The decline may be attributable to strained ties between the two countries amid Japan's sovereignty claims over South Korea's easternmost islets of Dokdo.

Experts said that Tokyo's aggressive stimulus drive might be another factor dragging on Korean exports as it entails a massive infusion of money and results in depreciation of the Japanese yen, which makes Korean goods less competitive in overseas markets.

In recent years, Korea's exports to Japan have dropped, apparently affected by the currency factor.

South Korea's exports could be more affected down the road as Japanese firms could cut prices by capitalizing on the yen's continued descent.

"Japanese firms could use their improving profitability boosted by the yen's decline to expand investment on research and development, which could pose a threat to competitiveness of South Korean companies," the Institute for International Trade said in a report.

"If Japanese firms also set out cutting their export prices, it could have more negative impact on South Korea's exports down the road," it added. ■