South Korea ready to partner with Africa on technology

Staff Writer | February 8, 2019
In partnership with the African Development Bank, Korea is ready to step up technology transfers to Africa, officials said in Seoul. 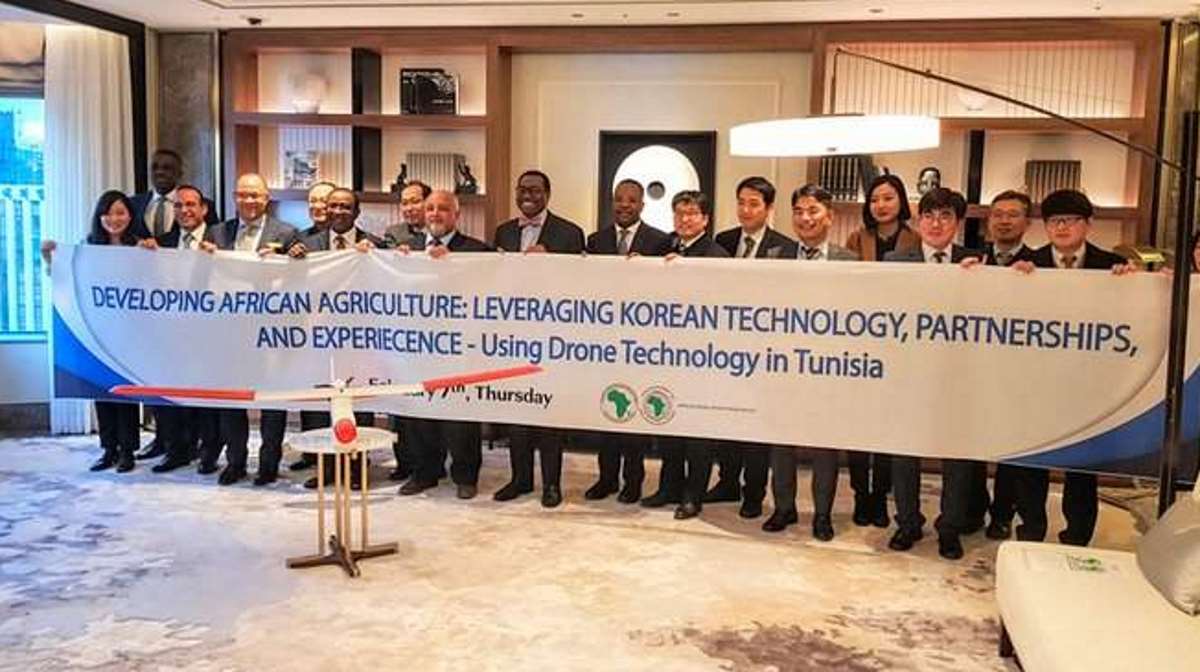 Africa   The range of business options include numerous business opportunities
Speaking at a meeting on potential technology partnerships between Korea and Africa, representatives of Busan Metropolitan City, Busan Techno Park, and Korea’s Green Technology Center said there was huge potential for cooperation and immense opportunities for job-creating bankable projects.

President of the African Development Bank, Dr. Akinwumi Adesina says, “the Future is going to be an exponentially different future,” and that the Bank intends to “explore the creation of a strategic partnership with Korea that could lead to the creation of a Korea-Africa research and training Drone Center, that could help pave the way for Africa’s 4th Industrial Revolution.”

According to Hyung-Ju Kim, Director, Global Strategy Division, Green Technology Center, "Korean expertise can provide a practical and pragmatic solution to a wide range of Africa's most pressing technology needs: The African Development Bank could play a major role here: if we bring technology to the table, the Bank can identify and facilitate bankable projects that can boost technology cooperation between Africa and Korea."

With funding from the Korea-Africa Cooperation (KOAFEC) fund, the African Development Bank, in cooperation with Busan Metropolitan City, and the Busan Techno Park, has launched, a pilot project in Tunisia using drone technology to develop agriculture, including data collection and analysis, monitoring irrigated perimeters, aquifers, the effects of climate change, land degradation, biodiversity, filling and siltation of dams, and overall agricultural production.

Korea and the African Development Bank intend to extend the program to other countries and regions in Tunisia and Africa, and explore the massive market potential of industrial zones in other sectors.

Adesina says, "We are determined to expand the use of drones in agriculture in Africa. What we do in Africa today, will determine global food security tomorrow."

For the President of the African Development Bank, it is important that the technological partnership with Korea translates into capacity building on the ground, through training, so that Africa can industrialize, build or assemble drones.

Busan City’s dominance as a Smart City on the cutting of artificial intelligence is thanks in part to political vision, one of the largest research and development expenditures in the world, and a team of 12,000 researchers and scientists.

This financing effort includes small and medium-sized enterprises, which represent more than 80% of businesses in Africa.

In this respect, he cited the Asian example, where large companies relied on value chains dominated by SMEs including suppliers and subcontractors.

The Bank's strategy is to develop large companies while connecting them to SMEs for increased value creation.

“Without electricity it is impossible to industrialize Africa,” Adesina said. The Bank has made access to electricity a top priority. Its 'Desert to Power' initiative will develop an estimated 10,000 MW in the Sahel region, making it the largest solar project in the world.

Experts say in order for the African Development Bank to continue supporting the continent’s development, a general capital increase is necessary.

According to Adesina, an $11 billion increase in paid-in capital for example would significantly change the lives of millions of people, including 105 million who would have access to electricity; 137 million who would benefit from access to improved agricultural technologies; 22 million who would benefit from investments in private sector projects; 151 million with access to improved transportation services; and 110 million who would be provided with access to improved water and sanitation services. The dean of the Board of Directors of the African Development Bank, Abdelmajid Mellouki, estimates that a general capital increase would enable the Bank to provide African countries with funding at significantly lower costs. Adesina is on a three-day visit to Korea which includes several official visits, and to receive the SunHaK Peace Prize awards for which he and co-laureate, Waris Dirie a well-known activist against female genital mutilation, are the 2019 nominees. This is the first time the SunHak Peace Prize has been awarded to the African continent. Adesina is expected to deliver a keynote address at the World Peace Summit of Global Leaders on February 9. ■

Norway: Ships and oil platforms contribute to growth in manufacturing

New research finds coastal flooding may cost up to 20% of economy
Argentina says it struck deal with creditors over $65 billion debt
Unprecedented tourism fall in Spain due to coronavirus
China’s coking coal imports from Australia up 66.5% in H1