Staff writer ▼ | July 10, 2014
Bank of Korea (BOK) downgraded its 2014 growth outlook to 3.8% from an earlier forecast of 4%, citing the delayed recovery of consumer sentiment caused by the deadly ferry disaster. 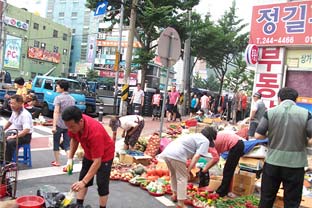 Bank of Korea (BOK) downgraded its 2014 growth outlook to 3.8% from an earlier forecast of 4%, citing the delayed recovery of consumer sentiment caused by the deadly ferry disaster.


BOK Governor Lee Ju-yeol said during the press conference after the regular policy meeting that the downward revision reflected the faltering private consumption coming from the deadliest maritime accidents in decades.

The ferry Sewol capsized and sank off the southwestern coast on April 16, leaving more than 300 people, mostly high school students, dead or missing. Consumers refrained from entertainment and travel as deep grief swept over the entire country.

The 2015 growth outlook was revised down to 4.0 percent from 4. 2 percent estimated three months earlier.

The BOK froze its benchmark interest rate for 14 straight months in July, but it was not a unanimous decision. The top central banker made dovish comments due to worries about the delayed recovery.

The BOK said in a statement that downside risks prevailed over the upside risks in the economy's future growth path, citing the prolonged weakening of sentiment among consumers and companies as well as rising volatility in the won/dollar exchange rate.

The BOK lowered its outlook for the 2014 consumer price inflation to 1.9 percent from an earlier estimate of 2.1 percent. The 2015 figure was revised down from 2.8 percent to 2.7 percent. ■

Costa Rica blocks more than 1,000 trucks at border
Gas transit from Russia to Europe via Poland stopped
Korea: Over 80 percent of auto plants back in operation
Road rebuilding starts on eastern side of Ghana’s Accra