Christian Fernsby ▼ | May 21, 2020
Sotra Link, Itias and Vis Sotra have been selected for the $1.15 billion Sotra tunnel and bridge project in the county of Hordaland. 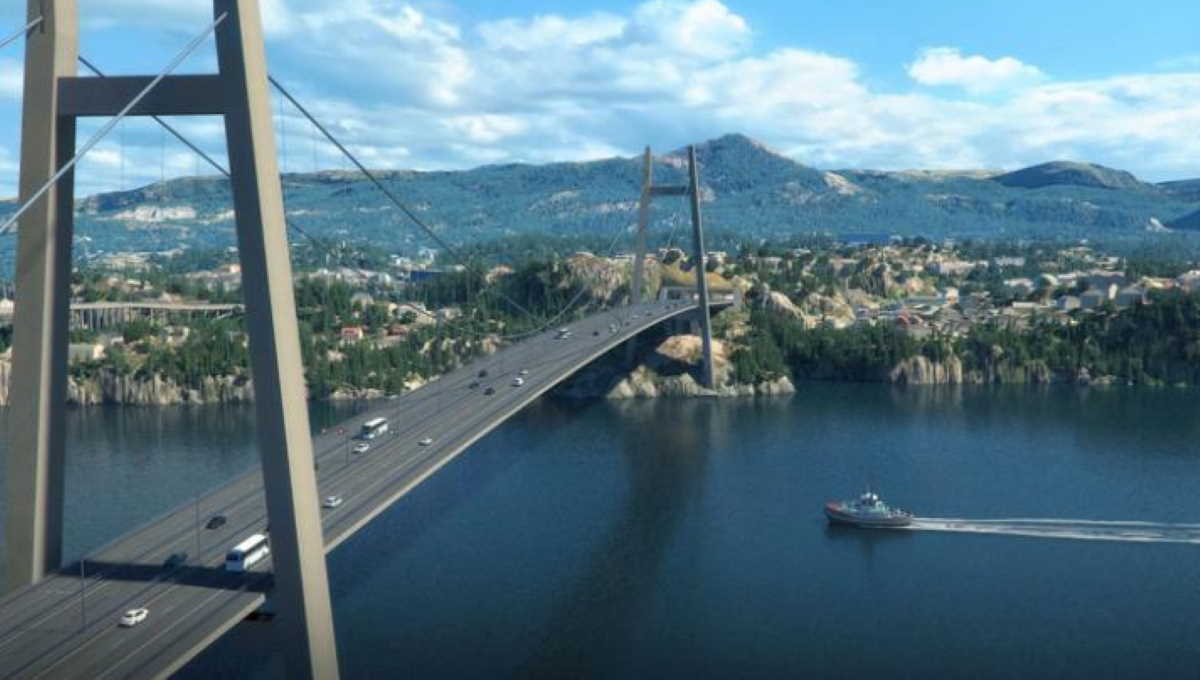 Final choice for the €900 million public-private project, a 25-year finance, build and operate contract, will be made by the end of the year, according to the state road authority Statens Vegvesen. Work will start in early 2021 on the project, officially called the National Road 555 Sotra Connection.

The proposed four-lane Sotra suspension bridge is 29.5m wide and has a 592m main span with the two towers rising 144m above sea level. A separate pedestrian path and separate cycle lane, both 5m wide, were part of the design.

The project overall has 19 other smaller bridges, 11 overpasses/underpasses and 21 tunnel portals. Around 11 tunnels through the mountains were envisaged, from 1-2km longs. Around 24km of access roads are scheduled with nearly 14km of bicycle and pedestrian paths, around 3m wide.

The new bridge is to be built parallel to the existing two-lane 1.2km concrete suspension Sotra Bridge that opened in 1971. It carries around 22,700 daily, estimated to rise to 26,000 by 2024. It crosses Knarreviksundet (Knarrevik Sound) that separates the island of Litlesotra, part of the Sotra archipelago, from the mainland and the city Bergen.

A new bridge is needed because, according to Statens Vegvesen, over the past 15 years there has been a strong increase in traffic between Sotra and Bergen. But old bridge is vulnerable to high winds and is closed when wind speed exceeds 30m/sec.

A tender planned for early last year was cancelled because of geological issues near Lake Storavatnet, noted Jon Georg Dale, minister of transport, at the time. Also, reconstruction of a high-voltage power cable had come under question. ■

ICL signs a contract to supply 410,000 metric tonnes of Potash in India