Romanians among biggest consumers of potatoes in Europe

Staff writer ▼ | December 18, 2014
Romanians are among the biggest consumers of potatoes in Europe, with about 94 kg per year, of which more than 20 kg are large, poor quality potatoes, which are imported at very low prices, according to the Romanian Potato Federation. 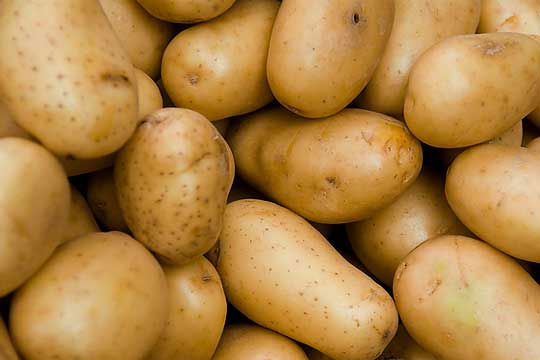 Food   94 kilograms per year
"Potatoes with a diameter greater than 8 inches are sold for nothing abroad, with EUR 35-40 per tonne. They are not toxic, nor spoilt, but have fewer culinary qualities. They are less tasty because they have an increased amount of water," said George Botoman, president of the Federation, cited by local Mediafax.

Due to massive imports in the recent years, producers are under pressure to reduce prices in order to face competition.

"The price of potatoes is very small, EUR 0.09-0.11 per kilogram. Many imports come at low prices, especially from Poland, free of charge and without invoices. We want to reduce VAT on potatoes," said Botoman. ■