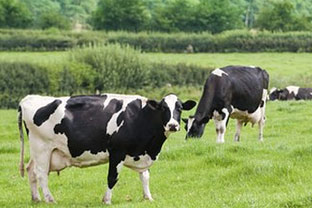 
The cows will be exported over the next ten years. Even if the main food for cows is traditionally the grass, other grains particularly maize is used and a larger number of cows driven by both exports of live cattle as well as of beef should increase domestic demand for maize.

Romania is however among the largest maize/corn producers in Europe and there is a large amount of maize not actually being sold on the market but used in small farms.

The first 4-5,000 cows will be exported in January 2014. Romania is thus becoming the first European country to export cows in China, and the fourth country after traditional cow breeders like Australia, New Zealand and Uruguay. Romanian farmers hold currently 0.6 million cows Baltata Romaneasca and another 0.6 million oxen and calves of the same breed. ■