Romania does not tax salaries of IT employees

Staff writer ▼ | July 1, 2014
Romania is the only country in the region that does not tax the revenues from salaries of IT employees. 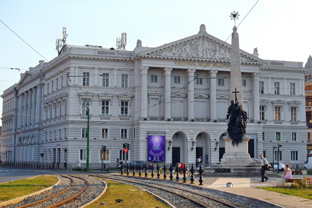 Romania is the only country in the region that does not tax the revenues from salaries of IT employees.


For example, Poland is applying a 32 percent tax in the case of IT employees with annual salaries above EUR 20,500, according to a studay by Accace.

The tax exemption on revenues from salaries applicable to individuals who carry out software development was introduced for the first time in Romania in 2001, and later clear eligibility conditions were set. The law was modified to allow the extension of the range of eligible university specializations from 6 to 14.

Analyzing the situation of facilities granted in other countries in the region such as Poland, the Czech Republic, Slovakia, Hungary and Ukraine, Accace found that Romania is the only country in which IT employees benefit from tax exemptions as far as the taxes and social contributions applied to revenues from salaries are concerned.

Compared to Poland and Slovakia, for instance, employees in the IT sector not only do not receive fiscal facilities from the state but also, because they are in the category of the best paid employees at national level, a tax rate of 32 percent, and 25 percent respectively is applied to the revenues they obtain, in case the revenues exceed annual salary revenues of EUR 20,500 and EUR 32,000, respectively, according to the analysis. ■