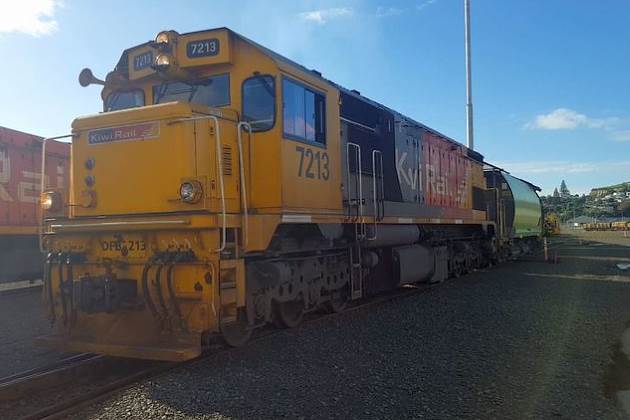 Pacific   KiwiRail had been granted $5 million
"It's symbolic, we're laying down the foundation stones for a brighter future," he said, Radio NZ reported.

"Without a doubt the Provincial Growth Fund has a significant committement to grow KiwiRail because this government has the financial capital and political will to turn their commercial proposals into an economic and political reality," Mr Jones said.

KiwiRail had been granted $5 million from the Provincial Growth Fund to reopen the line after it closed it following storm damage in 2012.

So far, it had spent $3m getting it ready, including an $1 million on repair work following huge flooding in Eskdale in March, KiwiRail chief executive Peter Reidy said.

The first train to ride the newly reopened track to Eskdale - a journey of about 15 kilometres - was sent off on its journey with a Ratana brass band and official blessing at a ceremoney at KiwiRail's depot in Ahuriri this morning.

It carried a load of crushed rock which will be used to make the railway tracks to Wairoa.

KiwiRail expected the the track to be ready to transport logs from from Wairoa to Napier by the end of the year and estimated it would take about 5,500 logging trucks off the road each year.

Asked if the government should be encouraging more logging in Gisborne and Wairoa after the flash flooding near Tolaga Bay caused a torrent of foresty debris to damage homes, roads and bridges on Monday morning, Mr Jones said everyone in the foresty sector acknowledged they "needed to improve". ■