Staff Writer | November 3, 2016
Trade in Scotch whisky – the UK’s biggest food and drink export - grew by 3.1 percent during the first half of the year. 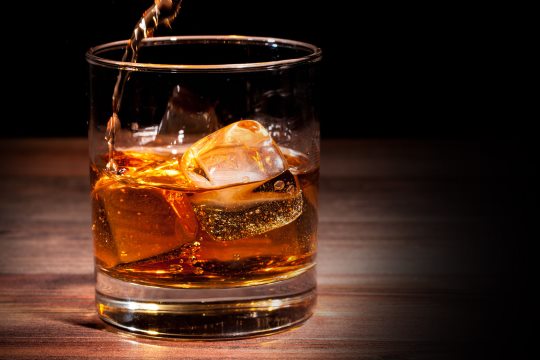 Britain   The first growth in volume since 2013
It was fuelled by booming demand in India where exports have risen by a record 41 percent, Environment Secretary Andrea Leadsom announced.

During a visit to the Glenmorangie bottling plant, as part of her first visit to Scotland as Environment Secretary, Andrea Leadsom saw first-hand how demand for Scotch has grown, with the equivalent of 533 million bottles shipped overseas in the first half of the year, up from 517m bottles in the first half of 2015.

This represents the first growth in volume since 2013, with the Indian export figures showing an increase of 41 percent compared to the same period in 2015.

India is highlighted in the Government’s recently launched UK Food and Drink International Action Plan for its export potential. The ambition is to gain £349m in food and drink export wins there over the next five years.

Starting with a tour of the Glenmorangie bottling plant in Livingston where the famous single malt is prepared for consumers, the Environment Secretary also visited one of the country’s much-loved independent food companies, Paterson Arran, to host a roundtable with key Scottish food and drink businesses.

Scotland’s world famous food and drink is vital to the UK economy, worth £5.5 billion last year and 30 percent of the UK’s total food and drink exports. Whisky accounts for £3.9bn of exports, while Scottish fish and seafood was worth £553m last year. ■