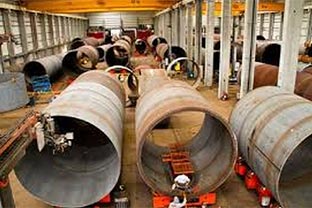 
However, the pace of expansion was only marginal and the weakest in the current four-month sequence of growth.

South African private sector firms' output was unchanged in January. A similar pattern was evident in new orders, which rose only fractionally and at a pace that was considerably weaker than the series average.

Weak growth of new orders was in part a result of a deterioration in demand from abroad, as new export orders declined for a second consecutive month in January. Employment at South African private sector companies also contracted at a marginal pace in January, following a three-month sequence of expansion.

Panellists cited increased efforts to control costs and natural turnover in the form of retirements as contributory factors behind the January fall in workforce numbers. In line with the contraction in employment, backlogs of work also declined slightly in January, following a period of stabilisation in December. A number of firms attributed the latest increase in outstanding business to improvements in efficiency at their units.

January saw prices charged at South African private sector firms rise at the sharpest pace since March 2013, continuing the charge inflation that has been evident in each survey period covered since data collection began in July 2011.

Input cost inflation also rose at the fastest pace in six months in January. At a more detailed level, purchase prices at South African companies rose at a sharper pace than in December, whereas staff cost inflation eased from the previous month. ■