Staff Writer | June 14, 2018
Deaths from treatable conditions may cost the world trillions of dollars each year. 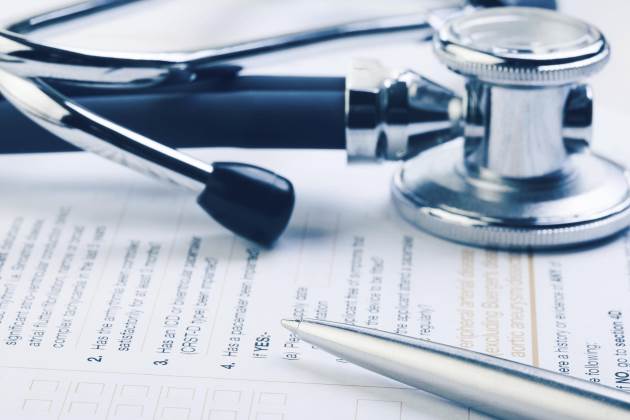 America   Eight million "amenable deaths" occurred worldwide in 2015
This is according to a newly published analysis led by Harvard Medical School researchers believed to be the first to quantify the economic impact of insufficient access to high-quality medical care.

The results, published in the June issue of Health Affairs, showed that eight million such "amenable deaths" occurred worldwide in 2015, costing $6 trillion in lost economic welfare.

This measure, broader than GDP losses, captures the inherent value that individuals place on their own good health.

While past studies have shown already that healthy populations are key to economic growth, this is believed to be the first global estimate of the economic cost of loss of life stemming from insufficient access to quality health care.

The human toll of lost life is clearly incalculable, the researchers said, but capturing the dollar value of such devastation is also important.

"It is important to attach monetary cost to the otherwise immeasurable loss of human life because those numbers can provide economic incentives that spur changes in policy and health care investment that save lives," said John Meara, the Kletjian Professor of Global Surgery and director of the Program in Global Surgery and Social Change at Harvard Medical School and plastic surgeon-in-chief at Boston Children's Hospital. Meara is the senior author of the study.

"$6 trillion in losses in one year for low- and middle-income countries alone is an eye-opening number," Meara added. "That may be just the perspective needed to propel lifesaving measures."

The analysis is based on findings from the Global Burden of Disease (2015) project, including estimates of morbidity and mortality of 38 diseases that are survivable in well-resourced health care settings, and calculations of the number of deaths across 195 countries that would be prevented if that same standard of care were available everywhere.

The scientists calculated the economic cost of lost life in two ways. First, they estimated the direct loss of economic output, which captures the amount that the workforce contributes to a country's gross domestic product, which has a direct impact on economic development.

The value of lost output from deaths amenable to treatment would result in a cumulative loss of $11.2 trillion in low- and middle-income countries between 2015 and 2030, the researchers estimated.

This number captures loss of productivity and would translate to economic loss of up to 2.6 percent of all economic output across low-income countries by 2030, the analysis estimated.

In two particularly hard-hit countries, Central African Republic and Lesotho, this number was predicted to be over 5.3 percent of national GDP by 2030.

They then tallied lost economic welfare, a broader measure that captures the value that people place on having a healthy life, aspects of which do not necessarily directly fuel a nation's economy. That impact came to $6 trillion a year.

The economic toll would be most pronounced in the poorest countries, the analysis found, which would further exacerbate the economic disparities between rich and poor nations.

This finding underscores previous research results suggesting that loss of life due to inadequate access to high-quality medical care in poor countries fuels a cycle of economic devastation.

"In addition to the obvious humanitarian concerns that arise from the fact that eight million people are dying around the world every year from illnesses we know how to treat and cure, our findings emphasize that expanding access to health care in low-resource settings is insufficient.

"We cannot adequately address the loss of life and associated massive economic impact unless an emphasis on quality is also at the forefront of health-systems strengthening," said Blake Alkire, an instructor in the HMS Program in Global Surgery and Social Change, an instructor in otolaryngology at Harvard Medical School and Massachusetts Eye and Ear and co-first author of the study.

The researchers say that according to other estimates, an additional investment of $371 billion would be needed to make significant progress toward meeting the health needs of low- and middle-income countries.

This might not be enough to save all those who currently die from treatable diseases, the researchers say, but the results of their study suggest that strengthening the health care system in ways that boost quality of care, not merely access to care, could yield enormous health and economic benefits, especially in low-income countries.

"Good health care should not be a luxury available only to people in high-income countries," said Alexander Peters, a surgery resident at Weill Cornell Medical College, a research fellow in the Program in Global Surgery and Social Change at Harvard Medical School and in the Department of Plastic and Oral Surgery at Boston Children's Hospital and co-first author of the study.

"It's an ethical and economic investment in sustainable development that we can't afford to pass up."

The researchers emphasize that these findings provide numerical context to illustrate what is already known: Expanding access to quality care that addresses communicable, maternal and neonatal causes of death remains an urgent matter for many low-income countries.

This study builds on, and is an integral part of, a systematic program of research that is underway across many institutions, including various Lancet Commissions, the United Nations, the World Bank and World Health Organization, to provide evidence-based guidance for the implementation of programs that will help meet the sustainable development goals agreed upon by the UN.

"It's not enough to say that everyone should have access to health care if we don't deliver quality care that is necessary to keep people from dying or living lives diminished by diseases that we know how to treat," said Mark Shrime, assistant professor of global health and social medicine and research director of the Program in Global Surgery and Social Change at Harvard Medical School, an assistant professor of otolaryngology at Massachusetts Eye and Ear and co-author of the study.

"To really make a difference in people's lives, and to give these nations the tools they need to reduce poverty, our research shows that high-quality care must be included as a central tenet of universal health coverage."

This study was performed as part of the Lancet Global Health Commission on High Quality Health Systems in the SDG Era. ■

Organics on Ceres may be more abundant than originally thought