Pork prices in China going up

Staff writer ▼ | August 18, 2014
The price of pork in China is currently experiencing its annual hike due to increasing seasonal demand, with a kilogram now going for 16 yuan ($2.60), China Times report. 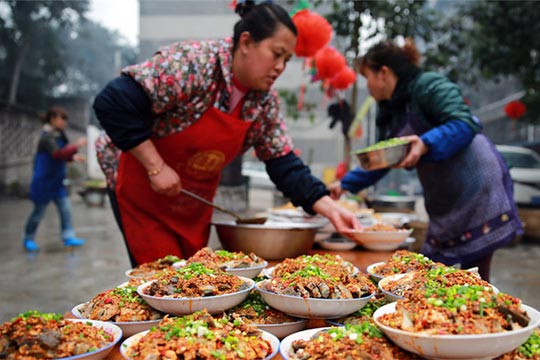 August and September   Two months of the year with the highest prices
A study made by Shanghai Securities said that the increased demand for pork in August and September, along with adjustments for bovine breeding costs, caused prices to go up.

In the week of August 4 to August 8, pork prices in 22 Chinese cities hiked up 3.9% on average, according to statistics compiled by the China Animal Agriculture Association (CAAA).

In China's northeast, each kilogram cost 14.8 yuan ($2.4), while in Shanghai, each kilogram is traded at 16 yuan. Prices in the provinces of Zhejiang and Fujian also touched 16 yuan.

One of the reasons attributed to the price hike is the weather. Temperatures registered last summer were excessively high, making sows unwilling to mate. Mortality was also high during Lunar New Year, causing a shortage of supply.

In other related news, Wenzhou imported 500 tons of pork-made meat products this year, the largest import volume since 2010 when the city was designated as an exclusive zone for meat import. ■

EU loses over 96 pct air travelers in Q2
Netherlands: Port throughput slumped in first half of 2020
Deal activity in travel and tourism sector declined by 11.3% during September
ESA approves prolongation of support to airlines in Norway