Staff Writer | June 23, 2018
The city of Paris is pulling the plug on an electric car-sharing system once hailed as the future of urban transport, with officials voting to cancel the contract in the face of mounting losses. 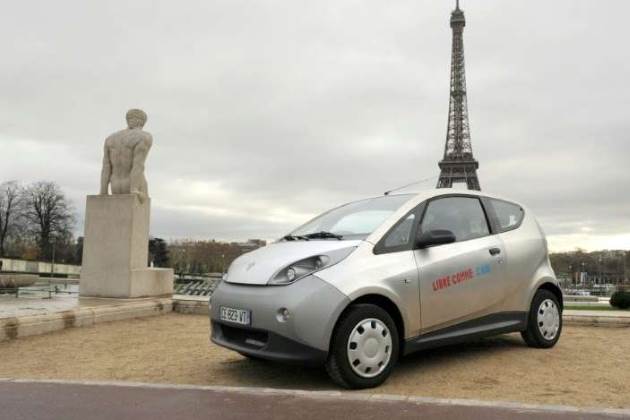 Europe   The system has failed to prove economically viable
The more than 4,000 silver Autolib hatchbacks had become a fixture on the streets of the French capital, with docking stations for the electric vehicles found every few blocks.

But even after winning over some 150,000 subscribers, the system has failed to prove economically viable - despite promises by its operator, the Bollore Group, that once fully deployed it wouldn't cost a cent to the city.

Last month the conglomerate, which used the scheme to showcase its electric battery technology told officials they would have to pay €46 million ($54 million) a year for the next five years to cover an expected deficit of €294 million.

Socialist Paris Mayor Anne Hidalgo called the request "preposterous", and lawmakers in Paris and the suburbs participating in the scheme voted Thursday to cancel the contract immediately instead of letting it run out in 2023 as planned.

Bollore, which says it faces a €60 million bill itself, has said it will now take the city to court.

Autolib subscribers raved about its ease of use and affordability. Yet each car was used on average just 4.5 times a day in 2016 - the most recent year for which data is available - not enough to cover the costs of maintaining the fleet.

The system also struggled to match supply with demand, since cars picked up in high-traffic areas are often parked where fewer people are looking for them. The arrival of ride-hailing services like Uber and electric moped rentals in recent years siphoned off users as well.

"People living in urban centres have become multi-modal: they are increasingly switching from one form of transportation to another," said Nicolas Louvet of 6t, a consulting firm specialising in transport.

Paris has vowed to find replacement car-sharing systems, and in the meantime has said the more than 3,200 docking stations in the city will be made available to owners of electric cars. But that's cold comfort for the roughly 250 Autolib employees at risk of losing their jobs.

The company's failure is the latest in a series of transportation headaches for Hidalgo, already taking heat over the bungled change of operator for the city's flagship bike-sharing system Velib, which resulted in a huge shortage of bikes.

Her decision to close off major roads along the Seine river to traffic has also infuriated many drivers, who say she has simply made traffic jams worse.

"There is a major problem with mobility options in Paris," the centre-right national government spokesman Benjamin Griveaux, tipped as a candidate for mayor in 2020 elections, told Radio Classique. ■