Staff writer ▼ | March 10, 2014
Crude oil production from the Organization of the Petroleum Exporting Countries (OPEC) climbed by 240,000 barrels per day (b/d) to 30.11 million b/d in February from 29.87 million b/d in January following a surge in Iraqi exports and despite new setbacks in Libya, a Platts survey showed. 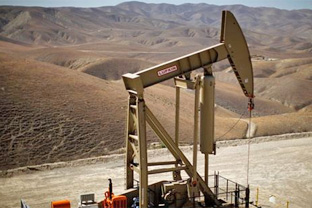 Crude oil production from the Organization of the Petroleum Exporting Countries (OPEC) climbed by 240,000 barrels per day (b/d) to 30.11 million b/d in February from 29.87 million b/d in January following a surge in Iraqi exports and despite new setbacks in Libya, a Platts survey showed.


"These are the sorts of output numbers that not long ago, when combined with the rising production from North America, looked like they might weigh on the market and cause a fall in prices," said John Kingston, Platts global director of news.

"In particular, the Iraq numbers are surprising, given that output there has been troubled in recent months. And yet, West Texas Intermediate crude is solidly above $100, Brent prices are up near $110, and world inventories have been drawing sharply. With all of this supply at the ready and prices greater than $100 per barrel, it might be time to review some of that conventional wisdom."

The February total is the highest since August 2013, when the Platts survey estimated output at 30.28 million b/d.

With the Basrah terminal in full operation and weather conditions good throughout the month, Iraq's southern export average of 2.5 million b/d was the highest rate since 1979.

The 390,000 b/d increment from Iraq was boosted by smaller increases from Angola, Iran and Nigeria.

Libya's oil sector has been disrupted intermittently by strikes and protests since late May 2013. Earlier last year output had recovered to around 1.4 million b/d from virtually zero in 2011 during the uprising against Moammar Qadhafi.

Smaller output dips came from Saudi Arabia, the United Arab Emirates and Venezuela. OPEC's February total leaves it overproducing its 30 million b/d crude output ceiling, which has been in place since January 2012. The ceiling is largely notional, however, as it does not include individual country quotas but covers Iraqi production. Iraq has not participated in any OPEC distribution of output quotas since August 1990.

The February total is also 500,000 b/d greater than OPEC's own 29.6 million b/d expectation of demand for its crude this year and more than 900,000 b/d higher than the oil producer group's estimate of the call on its crude in the first half of 2014.

The International Energy Agency last month also pegged the average 2014 call on OPEC at 29.6 million b/d but said it expected demand in the second half of the year to average 30 million b/d, around 1 million b/d higher than the projected first-half call. ■