Only 40% of Poland apples suitable for export shipped

Staff writer ▼ | April 9, 2015
The Polish Minister of Agriculture, Marek Sawicki, told PAP that the country is not shipping more than 40% of what its would like to export to foreign markets. 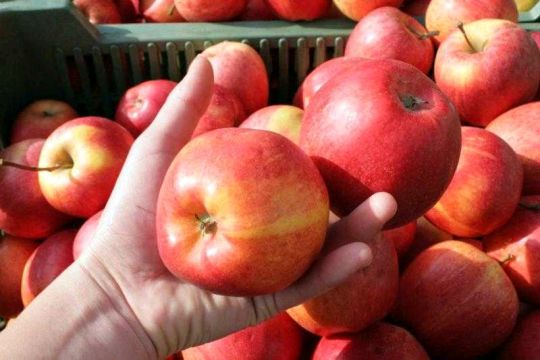 Agriculture in Europe   The Polish Minister of Agriculture, Marek Sawicki:
"Every market we can access, whether it be India, Indonesia, Singapore or the United States, is very much needed. We should also not be discouraged by the fact that we may start by selling just a few thousand tonnes, because that could later develop into millions," said the Minister of Agriculture.

He stressed that, over the past few years, Poland has shown to have a dynamically developing production sector, not just for apples, but also other fruits and vegetables. "It is worth mentioning that we are Europe's fourth largest producer of fruit and vegetables, including products like carrots, cabbage or mushrooms. When it comes to apples, the production reaches some 3.5 million tonnes, and maybe even more," he stressed.

According to the Institute of Agricultural and Food Economics, after the introduction of the Russian embargo on Polish imports, the country's apple exports between August and December 2014 dropped by 23%.

Russia's place as the largest importer of Polish apples was taken by Belarus. Sales on the local market increased from 32.1 to 58.3 thousand tonnes. Exports also increased in Kazakhstan, from 10.2 to 17.1 thousand tonnes.

These two countries, which are in a customs union with Russia, account for more than 1/3 of all Polish apple exports, going from 14% in 2013 to 36% in 2014. Apple exports also grew in Lithuania, Romania, Ukraine and Latvia, and they entered Bosnia and Croatia for the first time.