One third of online shoppers open to drone deliveries

Staff writer ▼ | April 30, 2015
One third (33%) of online shoppers would be willing to opt for delivery by drones, according to the research from eDigitalResearch. 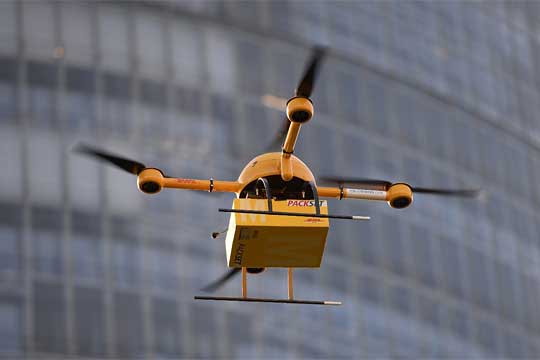 Retails   Drones are welcome at shoppers
Of those open to the idea of drone deliveries, over half (68%) feel that faster delivery is the main benefit to the new delivery technology, while another 40% believe it would offer them cheaper and more convenient delivery options.

However, there is also a fear amongst consumers that the introduction of drone deliveries would lead to an increased risk of parcels being left unattended and open to damage. 47% feel that left packages is the biggest disadvantage of delivery by drone, while another 39% believe that the technology is unreliable and only able to cope with parcels of a certain size.

The research also found that knowledge and trust surrounding drones in extremely low. eDigitalResearch surveyed 2,000 online shoppers and found that, of those opposed to the idea of drone delivery, 35% were unsure what drone deliveries would involve and what the real benefits were.

Overall, just 17% of those surveyed are confident that drone deliveries will be introduced into the UK in the near future - 49% don't believe it will ever happen, while 35% remain unsure.

Online retailing giant Amazon remain the pioneer behind drone deliveries with its Amazon Prime Air initiative and announced late last year that it was in search of an engineer to begin trial flights in the UK.

Perhaps unsurprisingly, the majority of consumers would be happy to receive smaller, relatively low-cost goods via drones.

Over half (54%) said they would be comfortable drones delivering their books, CDs and DVD online orders, while 35% would consider having clothing and footwear items delivered via the new technology - and plays perfectly into Amazon's main product offering of small consumer goods. ■