One cheap and long billion for MTA safety

Staff writer ▼ | April 27, 2015
The Federal Railroad Administration has approved a loan of $967.1 million to the NY Metropolitan Transportation Authority for the improvement of the safety of the signal systems, the Long Island Rail Road and Metro-North Railroad. 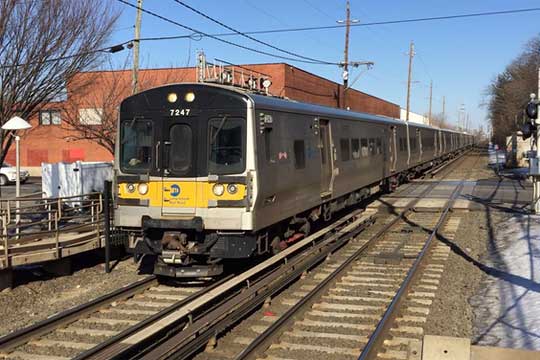 New York   Largest and lowest cost loan in MTA history
Over 22.5 years at a fixed interest rate of 2.38%.
The loan, which is the largest and lowest-cost financing for the MTA, will finance the installment of positive train control, a technology designed to remove the potential for human error that can lead to train-involved accidents.

"This loan is a dramatic investment in the MTA - one that will make trains safer for all riders on Metro-North and the LIRR," Governor Andrew M. Cuomo said.

"With this infusion of funding, crews will be getting to work on individual cars and along hundreds of miles of track to install state of the art technology that can save lives. This loan could not have been possible without the hard work and support of DOT Secretary Anthony Foxx and Acting Administrator Sarah Feinberg, and I thank them on behalf of all MTA commuter rail customers for helping us make this important advancement possible."

Positive train control is a technology that allows computerized systems to automatically control certain aspects of train movement. It is intended to prevent train-to-train collisions, trains accidentally traveling into areas where track workers are working, or derailments caused by excessive train speed or the movement of a train through an improperly aligned switch.

The technology can address situations like the Spuyten Duyvil derailment in the Bronx, where a train was going faster than its maximum allowable speed. Congress mandated the installation of positive train control in 2008 for all commuter railroads in the U.S.

Metro-North Railroad and the Long Island Rail Road are in the process of implementing the technology, which includes the installation of on-board components for 1,455 rail cars and transponders alongside 588 route miles of track.

In November 2013, the MTA awarded a contract to a joint venture of Bombardier Transportation and Siemens Rail Automation to act as a systems integrator that will provide the design, furnish equipment and ensure that the system functions as intended.

LIRR and Metro-North forces and some third party contracts will support installations of wayside, office, communications and on-board equipment. Installation of positive train control on Metro-North territory in the State of Connecticut will be funded by the Connecticut Department of Transportation.

The loan is the largest to have been made through the Federal Railroad Administration's Railroad Rehabilitation and Improvement Financing Program and remains subject to MTA Board Approval on April 29 and final closing in May.

Integral and ANA to invest $150 million in Skymark Airlines