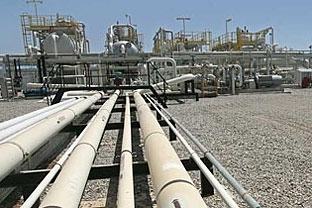 Oman has earned $16.1 billion from its oil and gas exports from January to May 2013, up 8.8 per cent on the same period last year.

The National Centre for Statistics and Information (Oman) data revealed that crude oil exports amounted to $14bn, while refined oil and LNG brought a revenue of $256mn and $1.8bn respectively.

According to report in Oil & Gas Journal, Oman currently exports LNG from two liquefaction facilities, although rising domestic demand for natural gas could limit the volumes available for export in the future.

Oman reportedly had 5.5bn barrels of proved oil reserves as of January 2013. The Sultanate's only export crude stream is the Oman blend, which is a medium-light and sour crude. ■