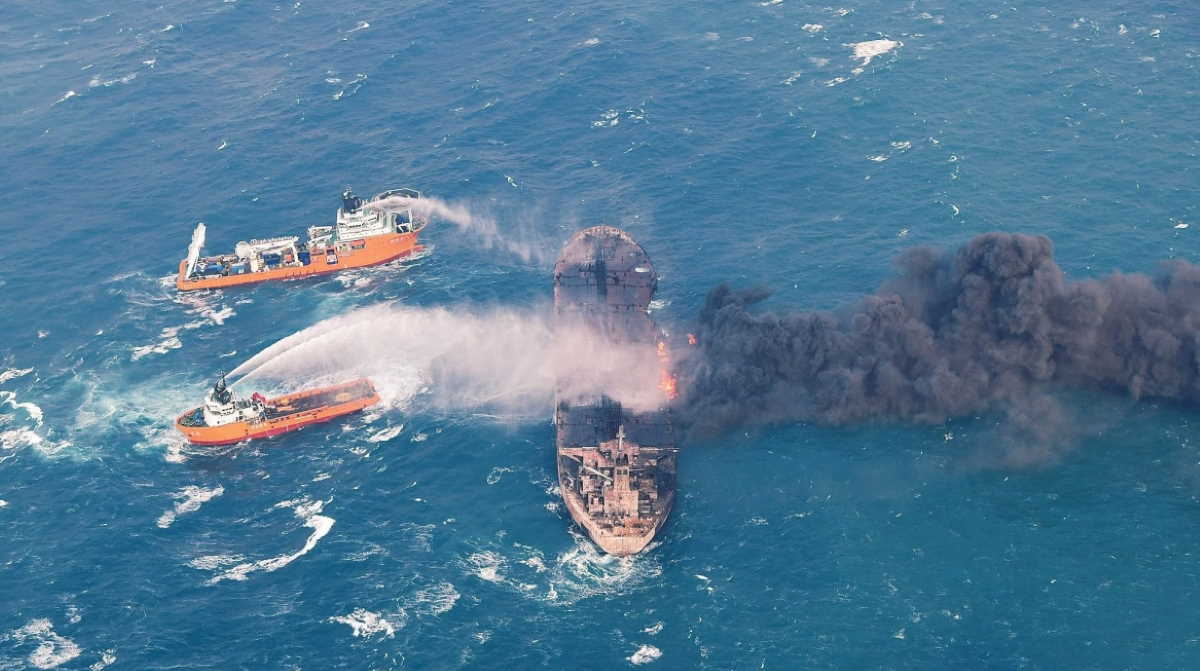 Sea industry   Tanker oil spill
With one large and two medium oil spills in 2019, the number in 2019 was the lowest in 50 years, ITOPF notes.

The average number of spills of 7 tonnes or more in the 1970s was about 79 per year and has now decreased by over 90% to a low of six.

Similarly, there has been a significant reduction in the quantity of oil spilled through the decades.

The total amount spilled per decade has reduced by about 95% since the 1970s.

Three spills, of size 7 tonnes or more, is the lowest recorded for any particular year in the last five decades.

The estimated total amount of oil lost to the environment through tanker incidents in 2019 was approximately 1,000 tonnes. ■

Nobody can say how many oil spills happened in U.S.
Canada: Time to upgrade oil spill rules
Oil tanker fleet is expected to reach new heights by 2016