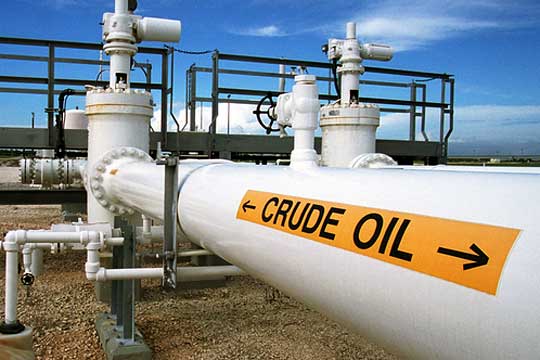 But the report also found additional crude oil production may pose risks to the quality and quantity of surface groundwater sources; increase greenhouse gas and other emissions; and increase the risks of spills from crude oil transportation.

U.S. monthly crude oil production increased by almost 68 percent from 2008 through April 2014, according to data from the U.S. Energy Information Administration (EIA). Meanwhile, net crude oil imports declined from a peak of about 60 percent of consumption in 2005 to about 30 percent in the first 5 months of 2014.

HanesBrands adds David V. Singer to board of directors

Citizens of Kyrgyzstan and Turkey to receive pensions and benefits in both countries
UAE provides nearly a third of Japan's crude oil needs in May
New Paraguay-Brazil bridge being built
U.S. oil and gas rig count falls to record low for 10th week