More than half of Portugal’s junior doctors want to emigrate

Staff Writer | December 15, 2017
It seems Portugal could be facing something of a crisis when it comes to future professionals. 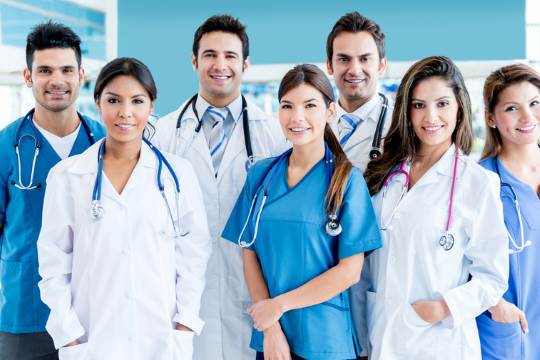 Europe   A lack of career prospects
More than half of fledgling doctors in the north have said they would like to emigrate once they become specialists, coupled with the fact that the country is suffering an overall drop in the number of pupils in schools.

The first in-depth, widespread survey to be conducted in Portugal into the careers of you

g doctors found that many of them are unhappy with exhaustingly long shifts, poor working conditions, and a lack of career prospects.

The survey, carried out in northern Portugal, is soon to be extended to the rest of the country.

This snapshot of young doctors’ views on their futures in Portugal also found that more than half of them intend to emigrate once they have completed their specialisation placements.

The one area where almost all said they were happy was in their relationships with their colleagues.

Over one thousand doctors have left Portuga

over the past three years. The survey was carried out among three distinct groups of doctors, 2,283 doctors in total, in northern Portugal: specialists, young doctors, and those who have already left public services.

It was among the youngest doctors, however, that the biggest feelings of discontent were voiced.

Around four in every ten of the National Health Service’s young medics said they hoped to leave the SNS after specialising, and half of them said they would look at emigrating and practicing abroad.

Only one in ten young doctors said they would definitely continue with the SNS, and that no amount of money would tempt them overseas. ■