Media advertising spending in France down 2.5% 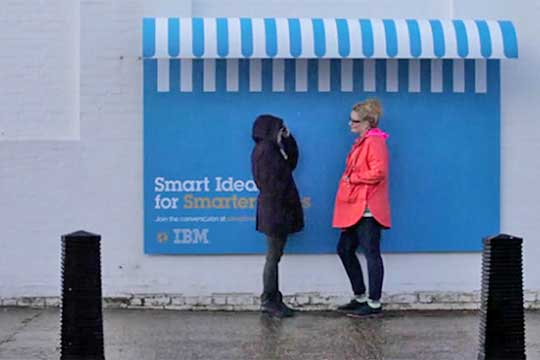 A decline in ad spending was expected, but at least the 2014 shrinkage was less dramatic than in the two previous years. France Pub noted that the national economic context "remains mediocre," with GDP growing just 0.4% in 2014, and 10.4% of the working-age population unemployed.

As a result, spending on cinema, radio and print media ads continued its downward slide, as did outlays on direct mail.

Within that category, outlays on email campaigns dropped 2.5%, but spending on sponsored links and display ads grew by 4.0% and 7.0%, respectively.

The strongest gains were in mobile, however. Mobile ad spending, excluding social media, rose by 35%, according to France Pub.

France Pub predicted a slight decline of about 1% in total media ad spending this year. This is based on various factors. The fall in the value of the euro is a positive influence, for example, that makes exports cheaper and could encourage international companies to invest in France.

Similarly, predicted GDP growth of 1.0% could boost ad spending if it is borne out. On the other hand, events such as the January 2015 attacks on civilians in Paris and the volatile international political situation could undermine consumer and business confidence, and hence ad spending.

Forthcoming elections are also a dampener, according to France Pub and IREP. The electoral process highlights some major faultlines in the electorate and a range of contentious issues in French society, including religious integration, the rise of the National Front party and the level of public debt.

Local elections were held in March 2015, and national elections are not due until 2017, but voting for regional authorities will take place in December.

In line with most other sources, eMarketer also estimates a fall in total media ad spending in France last year and a modest rise in 2015. As in the past, eMarketer estimates are somewhat higher than those from France Pub and IREP—chiefly because of the methodology used in each case.

But the underlying trends in the French market seem unmistakable. If the national economic outlook picks up, ad spending should also lift. ■

Reserve cable of Spain-Morocco link fixed
Russia to make spacesuits for Indian cosmonauts
Idaho ranks first among states for financial stability
Japan receives 8,700 visitors in August, down 99.7% from year ago