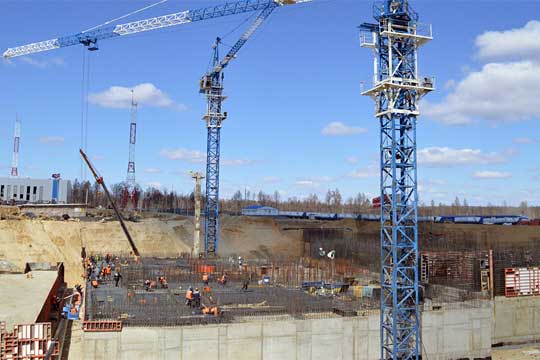 Arianespace goes Russia   The largest contract in commercial space history
French space launch provider Arianespace announced it would purchase 21 Russian-built Soyuz rockets to launch between 650 and 720 microsatellites built by British firm OneWeb. The satellites will provide Internet services to all corners of the globe.

The news is a major boost to Russia's space industry, which has suffered a series of embarrassing launch failures in recent years.

The contract is the largest in commercial space history, valued at $1-$2 billion, according to SpaceNews. The first batch of 10 pilot satellites will be launched on a Soyuz rocket in late 2017. The remaining 20 launches will take place over 2017-19 and carry between 32 and 36 satellites each, SpaceNews reported.

Some of the rockets will take off from Russia's $3 billion Vostochny Cosmodrome, which is under construction in the country's Far East, a Roscosmos spokesman was quoted by TASS as saying Friday. The exact number of launches from Vostochny was not specified in the report. ■