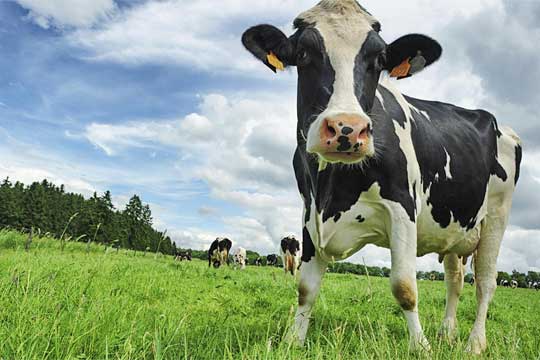 "World markets are over-supplied with dairy commodities after farmers globally increased production in response to the very good prices paid 12 to 18 months ago," Wilson said in a statement.

"This is a tough season and we will continue to keep our farmers informed as the season draws to a close given the current volatility."

Dairy chairman of the Federated Farmers industry group Andrew Hoggard said in a statement the season would be tough, but he believed Chinese buyers -- New Zealand's biggest dairy export market - would soon need to restock their inventories.

"But there are few signs the Russian trade standoff with the United States and Europe over Ukraine is going to end anytime soon, " he said, referring to the trade embargo that has led to a glut in the global market.

"At some stage the Russian government will be looking at alternative dairy supplies, which may not come from Europe or America because the Russians won't put up with going without dairy products for ever. That will help international prices for all producing countries."

The breakeven price for the average farmer was 5.70 NZ dollars ($4.13) per kg, meaning farmers would be cutting costs and raising debt, Mackle said in a statement. ■

Union Pacific to invest $125 million in Arkansas and Oklahoma