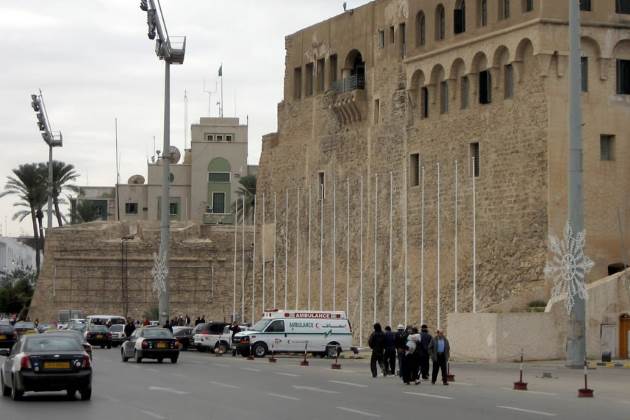 Africa   Great step ahead for Libya
The justice ministry's lawsuit department said in a statement Monday that it won an lawsuit before the International Chamber of Commerce in Paris filed by Portuguese company Way 2 B against the Libyan Department for Development of Administrative Centers, claiming a financial compensation of 60 million Euros ($69 million) for damages suffered in Libya during the 2011 uprising.

The Portuguese company claimed the contracting authority had violated the terms of a contract to build two university complexes. The Court rejected the company's claims against the Libyan department.

The Department for Development of Administrative Centers is the largest Libyan institution responsible for implementation of infrastructure projects in the country.

The lawsuit department also said that it won another lawsuit filed by a Lebanese company seeking 28 million Euros ($32 million) of compensation. The company claims to have supplied a Libyan field hospital in 2011 without any proving documents.

The lawsuits department of the Libyan ministry of justice was established under Law No. 87 of 1971. The department represents the government and handles lawsuits filed against the country inside and abroad.

Mexico, Brazil in talks for an automotive trade deal